by Jan Lisa Huttner
Arts: Cinema Arts SWAN of the Day
No comments

Today’s SWAN-of-the-Day is filmmaker Pearl Gluck, one of the first Jewish women to give outsiders a peek inside Ashkenazi Orthodoxy. Although we have many opportunities now – especially in streaming series like Shtisel and Unorthodox – Pearl was a courageous trail blazer.

The following is adapted from the review I wrote of her film Divan for the September 2005 issue of the World Jewish Digest:

Pearl Gluck comes from a large Hasidic family based in the Borough Park neighborhood of Brooklyn. Unlike the more devout women in her family, however, Pearl finished college, began work on a doctorate in European Studies, and received a Fulbright Fellowship to collect the oral histories of Yiddish-speakers in Eastern Europe.

But her father thinks she’s making all the wrong choices, so in an attempt to mollify him she makes a promise: while in Europe she will search for a precious heirloom, a divan that according to family legend served as the sleeping place for generations of prominent traveling rabbis.

Pearl’s adventures are straight-forward – mostly meet-ups with aging relatives who never left Hungary, somehow managing to survive both Hitler and Stalin. She drives through the countryside with an elderly uncle, all the while discussing the difference between current borders and the borders of memory. (Same old story about Jewish life in what used to be called The Russian Pale of Settlement: “This was once Poland, but now it’s Ukraine.”)

Pearl finds the divan, but when she tries to bring it back to her father, relatives on distant continents make urgent phone calls to stop her. In the end, she finds a prize even more valuable than the one she went looking for, and she returns to Manhattan.

While this may sound heavy and serious, Pearl has a whimsical touch…

While this may sound heavy and serious, Pearl has a whimsical touch, and she counterpoints the travel scenes with the voices of Gen-Xers like herself who are also struggling to find a balance between the religious and the secular. Some of the friends Pearl interviews are noteworthy in their own right (like Basya Schechter of the band Pharaoh’s Daughter), some less so. But all are articulate and engaging. The glue is provided by a fabulous soundtrack by prolific composer Frank London, best known for his work with The Klezmatics.

Pearl is a zamler (the Yiddish word for “collector”) who understands that seemingly ordinary objects can sometimes embody the sacred.

Happy Birthday, Pearl! So glad I was able to meet you f2f at Metro Chicago’s 2013 International SWAN Day program 🙂 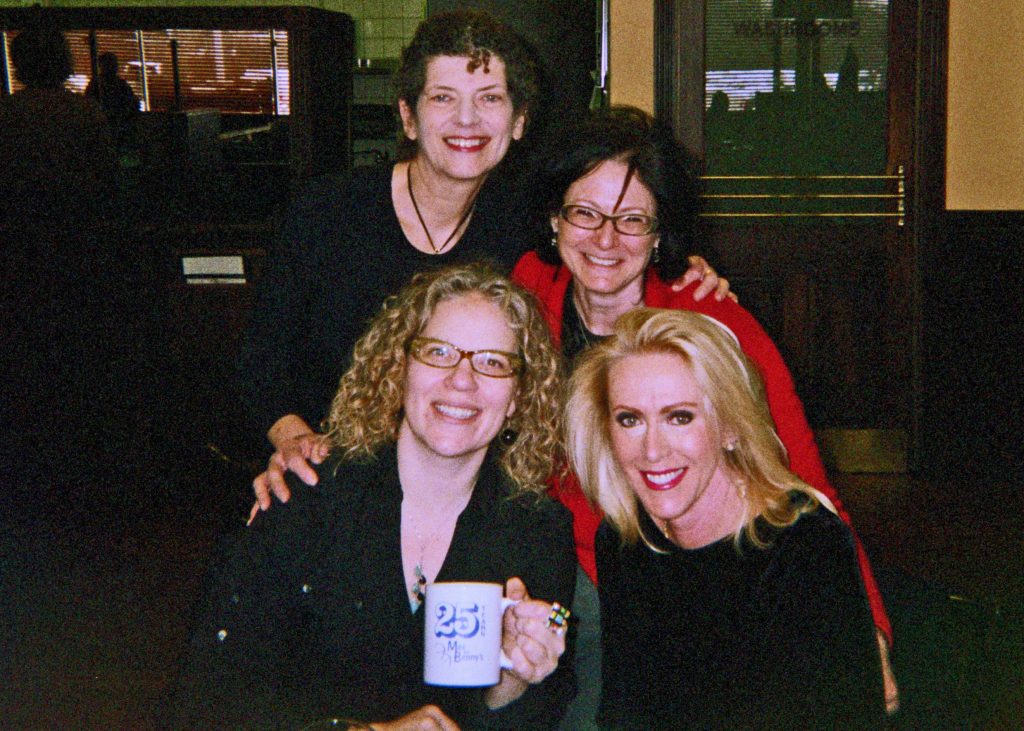 Visit Palinka Pictures for information on how to see Divan.

Based on IMDb Summary: Divan follows the filmmaker’s effort to retrieve a turn-of-the-century family heirloom – a couch. Pearl Gluck journeys from her birthplace (Brooklyn’s Hasidic community) to its origins in Hungary and back. The couch – considered holy because certain Hasidic rabbis had slept on it – survived WWII and is in the filmmaker’s great grandfather’s house in Rohod (now a town in northeast Hungary). In the tradition of storytelling, Pearl Gluck creates a visual parable about the Hasidic community that she left as a teenager. She trails the couch through a quirky landscape populated by Hasidim in Brooklyn, Holocaust survivors and ex-communists in Hungary, and, finally, the next generation of formerly-Hasidic Jews on the margins of their communities in New York and Israel.

Learn more about the work of Rabbi Amichai Lau Lavie.

Here is a link to my WJD column. The World Jewish Digest is no longer published.

Featured Photo: Rabbi Amichai Lau Lavie in a scene from Divan. From the EPK courtesy of Pearl Gluck.

by Jan Lisa Huttner April 26, 2022
Jan Lisa Huttner is a Brooklyn-based arts critic & feminist activist. She is the creative force behind the SWAN Movement—Support Women Artists Now—which has just begun its third phase as International SWANs® (aka iSWANs). In the Jewish world, Jan is best known as the author of two books on Fiddler on the Roof—Tevye’s Daughters and Diamond Fiddler—both of which flow from a strongly feminist POV. She also served as both story consultant and “talking head” on the award-winning documentary Fiddler: A Miracle of Miracles.
Previous Post Next Post