The Transformative Filmography of Julia Ducournau

by Anna Nappi
Arts: Cinema Arts SWAN of the Day
No comments

On this day in 2016, French filmmaker Julia Ducournau made her solo feature length debut with the critically acclaimed — but hugely controversial — Raw.

Julia’s feminist sensibilities as a director tackling themes of gender and transformation can be traced back to her earliest work, Junior, a short film that follows a student who starts shedding their skin after becoming sick. In Raw, the transformation is in the character of Justine (played by Garance Marillier), as she discovers her true self after consuming raw meat during a hazing ritual at veterinary school. In Titane (2021), it’s depicted when the lead, Alexia, changes identities.

“Raw hits on many difficult subjects,” writes Lindsy Bissonnette in a Halloween feature for FF2 Media recommending horror films directed by women, “It tackles the complexity of being a woman on campus, and the assimilation into a student population, eating disorders, rebellion against parents, drinking, partying, the ways a woman should ‘dress’ and ‘act’ and more. While the cannibalism is a terrifying plot line, the underlying metaphoric content is even more chilling. This is a story of a young woman hiding behind a severe eating disorder, and living in the dark about her true nature and desires. Moving and disturbing, Raw will leave you feeling just that.”

While the cannibalism [in Raw] is a terrifying plot line, the underlying metaphoric content is even more chilling.

Julia grew up in Paris (France), and studied screenwriting at La Fémis (a French film and television school). She won a Petit Rail d’Or at the 2011 Cannes Film Festival for Junior, and released Mange, a film about a woman recovering from an eating disorder and seeking revenge on those who wronged her, the following year. (Note that Mange was co-directed by Virgile Bramly). For Raw, Julia received Best First Feature at the London Film Festival, and Rolling Stone deemed it a contender for the best horror movie of the decade.

Titane had its world premiere at the 2021 Cannes Film Festival, where it won the Palme d’Or, making Julia only the second woman director to win the award after Jane Campion for The Piano in 1993. In Hannah Lamb-Vines’ review of Titane, she wrote:

“Watching writer/director Julia Ducournau’s new film wasn’t exactly a pleasurable experience for me. I frequently cringed, and had to force myself not to look away. Watching Titane is like driving too fast in traffic: thrilling, but also nauseating. And like a car accident, it makes you want to slow down and stare…

That Titane is a trans narrative seems obvious, but Titane pushes hard against the definitions of ‘transition.’… Alexia becomes Adrien, transitioning from an overtly sexualized androgynous woman to a socially inept young man. But that she performs ‘son’ instead of ‘daughter’ is less imperative to her transition than that she performs ‘child’ instead of ‘car.’ A car requires control to possess it and gives control to its driver. Children have no control neither over themselves nor their world.”

Celebrate Julia Ducournau’s unique filmmaking on the anniversary of her horror debut Raw by streaming it on Netflix today! 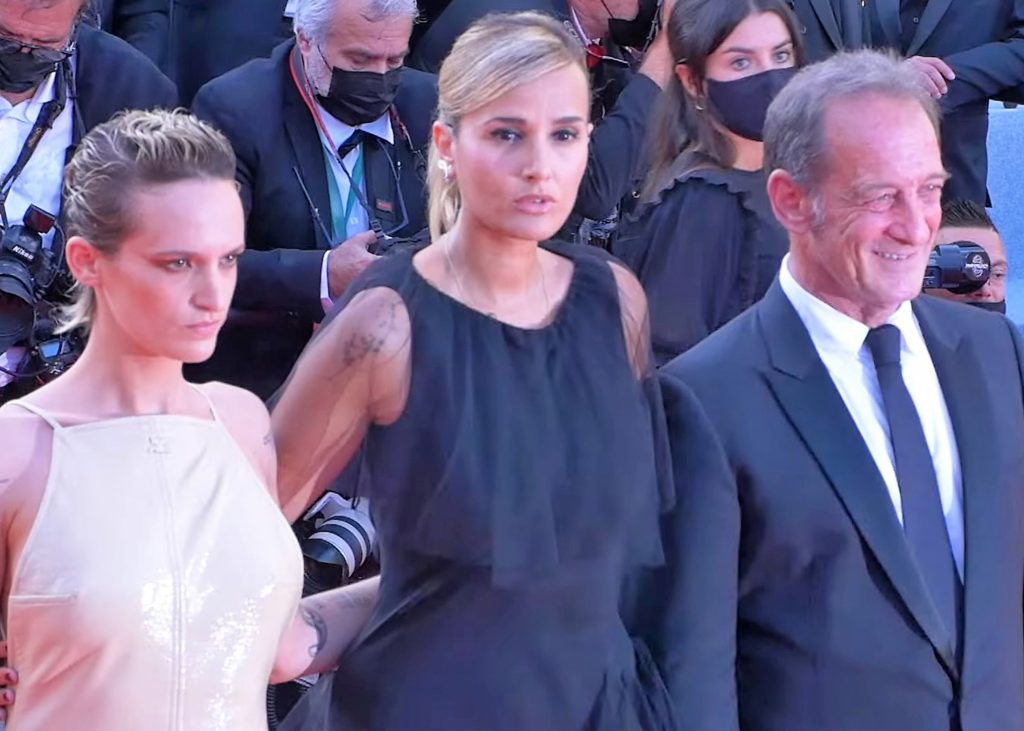 Bottom Photo: French filmmaker Julia Ducournau with the stars of her film Titane — Agathe Rousselle (left) and Vincent Lindon (right) — on 7/17/21 at the closing ceremony of the 2021 Cannes Film Festival. Photo downloaded from Wikimedia Commons.

Women’s History Month: 3 political Docs to Stream on Netflix before the Election

by Anna Nappi March 15, 2022
Anna is currently a senior at Brandeis University studying Film, Journalism, and Psychology. At Brandeis, she writes for the student newspaper and is the undergraduate degree representative of the Journalism program. From theaters to museums to concert halls, she loves exploring the art world in Boston as well as in her Maine hometown. Anna is passionate about FF2’s mission and excited for the opportunity to work alongside a wonderful team dedicated to supporting women artists.
Previous Post Next Post