Zines v Chapbooks: On Finding Yourself in a Collection

Vehicles for individual expression continue to multiply. New technologies make additional options available — from blogs and vlogs to Instagram and TikTok– but the feel of actual paper-in-hand continues to hold its own in an increasingly disembodied universe of publications.

If “zines” are to magazines what “chapbooks” are to full-length books, then what’s the big difference between them?

Speaking broadly, the most defining contrast is likely that a zine is a collection of work from multiple contributors—ordered together by an editor, or editors—whereas a chapbook is usually the collected work of a single author (ordered together by that author, and sometimes with the help of an editor or editors).

As a publisher of a bi-annual magazine as well as a few of my own short collections, I specifically view the gathering and publishing of a chapbook as an inherent act of self-advocation. It’s as much about discovering one’s whole—one’s overarching voice, style and essence—as it is about promoting that voice to others.

If not greater than the sum of its parts, a chapbook is always at least different than it, and hence, putting those pieces together is always satisfying to the soul—or, at the very least, one’s personal view of one’s career. 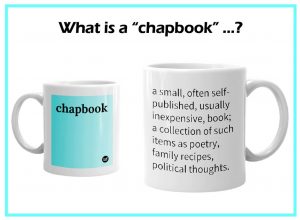 Publishing in a zine, on the other hand, I view as more of a personal risk. Once accepted into any given issue, a writer has no sense of what work will surround theirs, for one—and if they’ve personally put order to any sort of collection, they know how much one piece may affect the tone of another.

Worse, they are running the risk of being grouped with an author whose values do not align with and therefore stain their own. For example, take this tweet from Twitter user @OrcGirlBoss, in response to a controversial contributor announcement by the press Neon Hemlock:

I’m sorry for everyone associated with this project because you are associated with Yang, who was instrumental in destroying the career of the writer of perhaps the greatest ‘queer mech story’ ever written.

Indeed, most of the original tweet’s replies and quote-tweets are very critical, creating an overarching reputation for the project.

Of course, the above is an extreme example meant to highlight that in the case of zines and anthologies, the ‘whole’ of a work becomes more out of a writer’s control than ever before.

As a publisher, the feat is sort of a mirror image; by that, I mean that in the typical small-press model where solicitation is rare, an editor has no control over the work appearing in their inbox. They can only control, of course, what they accept—yet what they accept is entirely dependent on the preceding submissions.

To get as close as possible to their initial vision, the work of an editor is thus to manipulate the collected works (usually, without the pejorative). I’d compare it to using multiple colors of Play-Dough to build a larger shape—a new, multi-colored whole.

The design of the final book will affect these colors as well, as will the optional Editor’s Note.

Sometimes, multiple editors, designers and other staff members split up these tasks, of course. This only leads into my next point—that as much as writer or staff may try, they will never have complete control over a final product. So much of that whole will be divided into other hands.

Even more interesting is that without access to other minds and other styles, no person (whether writer, editor, or editorial staff) will ever understand the vision behind most parts of the work. They can interpret it, certainly, but it’s physically impossible to hold all of that knowledge at once.

So, unless we get all spiritual with it, there is no defined creator of any given collection.

And this fact reminds me very much of computers. Computers are a slow buildup of specializations—and developments in these specializations. To put it simply, there was never and there is no singular, all-knowing vision of the modern computer.

What does this mean when comparing chapbooks to zines, then? Simply that zines have many more parts, and that they’re the whole of many more specializations. They’re not any more like computers than chapbooks are, but they’re much more complicated ones. 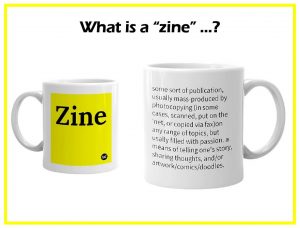 Returning to my previous point—that publishing in a zine is more of a personal and artistic risk for the writer—why, then, don’t we all just publish collections of our own work? Why does the zine model exist in the first place? When you think about it, zines run a risk for the reader as much as they do for the writer or publisher. The reader may already know they enjoy the work of some writers enclosed, but other work may not feel worth the purchase.

We might as well be asking ourselves why we continue to develop more complicated computers. The more complicated they are, the more sentient they become, too—the more they’re out of our individual control. Yet it’s our very humanness that seeks more possibility for them, isn’t it? Isn’t it our humanity that seeks more access to information and the convenience created by developments in technology?

We like to be dependent. For that reason, we seek progression beyond ourselves, whether we are conscious of it or not. We seek to share a consciousness; we are all social creatures, and the more perspectives that we blend with our own, the more we can learn and develop.

When we allow a diversity of other writers—perspectives from other nationalities, genders, abilities, and much more—to blend with our own work for a separate whole, we create something beyond our solitary control or possibility. We create something greater. We see more possibility for ourselves as writers. We all evolve together.

This is the big reason that the zine is, in my opinion, just as personally satisfying and rewarding as the chapbook. The less one knows about what they are about to create, the ‘greater’ it has the possibility to be. The zine is, in that way, more separate from anything we already know—and hence creates more possibility to surprise, shape, and move its reader, writer, and publisher.

Who are we as writers without risk, after all? What could we write, in the first place, if it weren’t for each other? 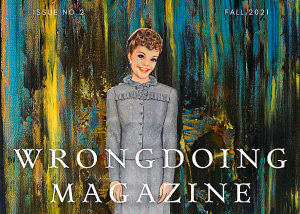 Pascale Potvin is the Editor-in-Chief of Wrongdoing Magazine. She is a recent Pushcart Prize and Best Microfiction nominated writer, and she was also a finalist in The Conium Review‘s 2021 Innovative Short Fiction Contest.

According to Wikipedia, the first chapbooks were created in the 16th century! Visit the “Chapbook” page on Wikipedia to learn more about the history of chapbooks.

According to Wikipedia, the term “zine” was coined in October 1940. Visit the “Zine” page on Wikipedia to learn more about the history of zines.

Featured Photo by Pascale (Photoshopped by Jan). Authorized for responsible use as long as URL is included in the user’s credit information.

Click here to buy a mug (or two) from the Urban Dictionary store.

3 Books By Black Women That Reshaped My View on Poetry

by FF2 Guest Post March 10, 2022
FF2 Media welcomes Guest Posts from writers who self-identify as women. Do you have a passion that you want to write about? Send us a pitch: witaswan@msn.com. We pay experienced writers $100 for each post (of approximately 1,000 words per post). We also need interns for administrative back-up. Compensation for interns begins at $15 per hour.
Previous Post Next Post