by Anna Nappi
Arts: Cinema Arts SWAN of the Day
No comments

Seventy-one years ago today, Astrid Henning-Jensen’s Krane’s Confectionery was released! The film follows a woman, Katinka, who has lost herself in her work. Katinka is a single mother and a seamstress, struggling to balance these circumstances before she meets a man who changes her life.

Krane’s Confectionery explores the nuances of both motherhood and womanhood in a patriarchal society. FF2’s Roza Melkumyan wrote about how the film demonstrates society’s sexist mindset along with its refusal to acknowledge the need for self-care, stating, “It is almost impossible to watch this film without experiencing a strong feeling of frustration or indignation at some point or another. Director Astrid Henning-Jensen makes it so that the otherwise subtle sexism present in how both men and women think and speak shines glaringly for all to see. These characters make terrible remarks which reveal their inability to recognize others’ suffering; while eavesdropping on Katinka’s and Nils’ conversation, Krane hears the former consider dying and exclaims worriedly, ‘how will she finish the dresses if she drowns herself?’ I don’t even need to note the blatant sexism or double standard in how the townspeople condemn Katinka for spending time with another man while fully accepting her ex-husband’s courtship of the divorced ‘Elise Gjør’ (Wenche Fos).” You can read the rest of her article here. 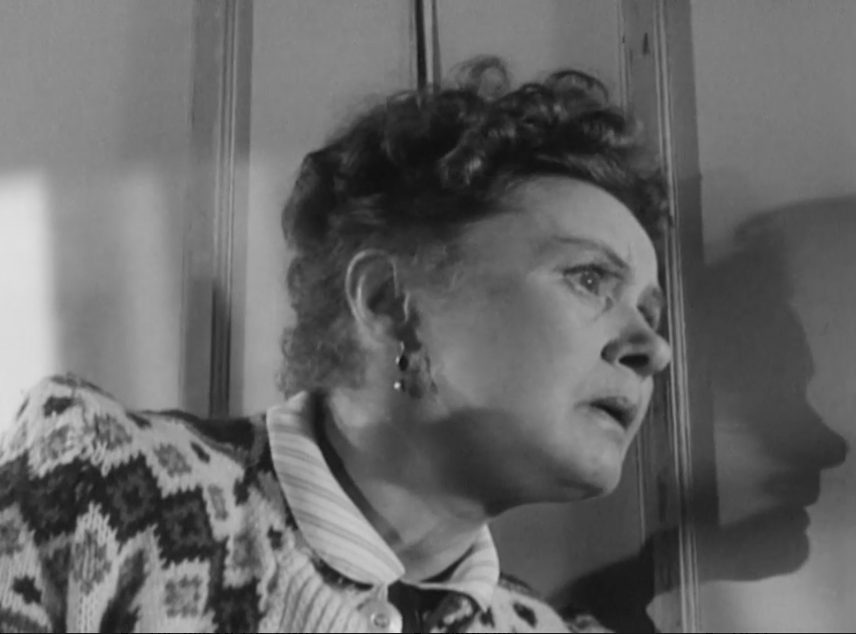 The director, Astrid Henning-Jensen, is a Danish filmmaker who focuses on themes of women’s resistance and social justice. She employs realism in her fictional narratives, and has also helmed many documentaries. Often, Astrid works alongside her husband, Bjarne Henning-Jensen. Together, they co-directed the Danish version of Pinnochio in 1940.

Astrid  was nominated for an Academy Award for Best Foreign Language Film in 1959 for her film, Paw, Boy of Two Worlds, about a child who lives with his aunt in Denmark, but escapes to the woods when he is treated differently due to his skin color. Ten years prior, she won the Special Prize at the Cannes Film Festival for Palle All Alone, which follows a young boy who wakes up with no one around him in Copenhagen. She also won Best Director at the Berlin International Film Festival Winterborn, a novel adaptation, in 1979, and made her last film at the age of 82.

On the anniversary of the revolutionary Krane’s Confectionery, we celebrate Astrid Henning-Jenson’s career as well as her dedication to humanitarianism!

Check out Astrid’s Wikipedia page for a complete list of credits.

Middle photo: Krane listens in to Nils’s and Katinka’s conversation.

Janis Joplin: Ode to Your Star in Our Feminist Firmament

by Anna Nappi February 15, 2022
Anna is currently a senior at Brandeis University studying Film, Journalism, and Psychology. At Brandeis, she writes for the student newspaper and is the undergraduate degree representative of the Journalism program. From theaters to museums to concert halls, she loves exploring the art world in Boston as well as in her Maine hometown. Anna is passionate about FF2’s mission and excited for the opportunity to work alongside a wonderful team dedicated to supporting women artists.
Previous Post Next Post