Judy Blume Makes a Career Out of Empathy

by Anna Nappi
Arts: Literary Arts SWAN of the Day
No comments

The beloved author of children’s and young adult novels has written over 30 books — which also include non-fiction and works for older adults — and earned over 90 literary awards throughout her prolific career.

Judy wrote her first book, The One in the Middle Is the Green Kangaroo, in 1969 when she was 31 years old. It follows an emotionally neglected middle child who gets a part in a play. Themes of family struggles and self image are typically her central focus, as well as bullying and sexuality. Her second book, Iggie’s House, addressed racism in the scenario of a Black family moving into a neighborhood.

In 1970, Judy published her third book, Are You There God? It’s Me, Margaret, which was a breakthrough best-seller and quickly became a landmark moment in the history of young adult literature. It was named Outstanding Book of the Year from the New York Times in 1970. 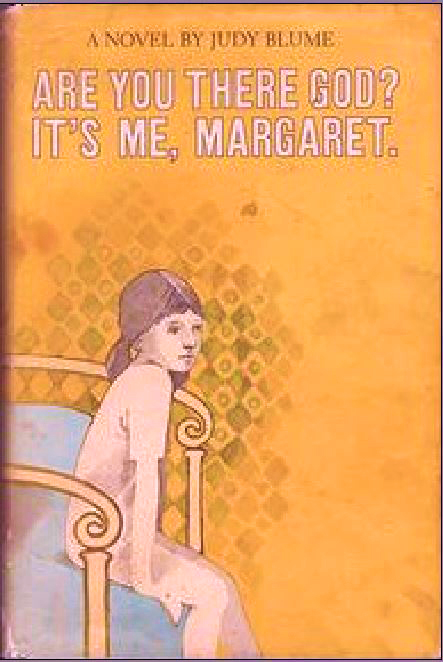 Four years later, Judy received that award again for Blubber (a book about an ostracized fifth-grader). Since then, she has received three lifetime achievement awards celebrating a career dedicated to empathizing with kids and young adults.

Ironically, in her younger years, Judy never intended to be a writer despite her love of reading. She majored in Education at Boston University, and began writing when her two children were toddlers and she was a homemaker. Rejected by publishers for over two years before the release of The One in the Middle Is the Green Kangaroo, lucky for us, Judy persisted!

In 1978, her book, Forever — about teenagers falling in love — was made into a television show for CBS. This was the first of several adaptations that include films helmed by her son, Lawrence Blume. Her novel, Tiger Eyes, which follows a girl impacted by the death of her father, was her first movie adaptation that played in theaters.

In an article for FF2 by Georgiana E. Presecky, Georgi wrote about how screen adaptations are a rarity for female authors. Georgi lists multiple women who have taken their written pages to the silver screen, mentioning, “Judy Blume adapted her 1981 novel Tiger Eyes in 2012 to be directed by her son, Lawrence. Blume recently sold the rights to one of her most popular novels, Are You There God? It’s Me, Margaret to The Edge of Seventeen director Kelly Fremon Craig and prolific producer James L. Brooks.”

The movie, starring Rachel McAdams and Kathy Bates, is set to be released on September 16, 2022. Can’t wait!

Featured Photo: Photo of Judy Blume with fan in 2009 by Carl Lender. This file is licensed under the Creative Commons Attribution 2.0 Generic license. Cropping by Jan Lisa Huttner for FF2 Media approved for responsible use as long as link to this URL is included in the post.

Cover of the very first edition of Are You There God? It’s Me, Margaret from 1970!

Tags: Anna Nappi, are you there god it's me margaret, Georgiana E. Presecky, Judy Blume, Kelly Fremon Craig, outstanding book of the year, The Edge of Seventeen, tiger eyes

In ‘frank: sonnets,’ Diane Seuss’ New Poems are Both ‘Right Now’ and ‘Back Then’

by Anna Nappi February 12, 2022
Anna is currently a senior at Brandeis University studying Film, Journalism, and Psychology. At Brandeis, she writes for the student newspaper and is the undergraduate degree representative of the Journalism program. From theaters to museums to concert halls, she loves exploring the art world in Boston as well as in her Maine hometown. Anna is passionate about FF2’s mission and excited for the opportunity to work alongside a wonderful team dedicated to supporting women artists.
Previous Post Next Post