On the Road with Sanora Babb: Erasing Steinbeck to Find the Ghost of My Grandmother 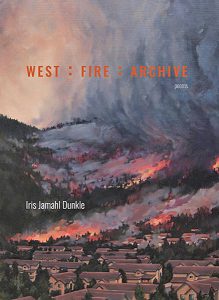 On the Road with Sanora Babb Part 3: Erasing The Grapes of Wrath to Find the Ghost of my Grandmother

No matter what I do in life, I am a poet first.

In 2015, when I began to write Charmian Kittredge London: Trailblazer, Author Adventurer (a biography about a woman who had been erased by history and hidden inside her famous husband’s life), I began this new project by writing poetry.

Those first few months, I would read Charmian’s 1912 diaries — the diaries that she kept while aboard a three-masted ship called the Dirigo — and I would write poems off of each one of her entries. Sitting at the Huntington Library in San Marino (CA), I traveled with Charmian who was on her way from Baltimore (MD), sailing south around Cape Horn — at the tip of South America — then all the way north to Seattle (WA).

Charmian had meant to transform these journals into a book called The Log of the Dirigo, similar to her previous book, Log of the Snark (which she published in 1915). Sadly, she never finished this book project because her health began to fail.

But reading Charmian’s carefully crafted entries made me want to engage with her lyrically. It was how I was able to process the emotions I felt about the loss of her story. Eventually, my poems were collected in a book I called West: Fire: Archive.

Now, as I embark again on the journey of writing a biography — this time about the author Sanora Babb — my process is no different. Learning about how a woman’s story has been erased is always devastating and emotional. But with Sanora, it was also personal.

Learning about how a woman’s story has been erased is always devastating and emotional. But with Sanora, it was also personal.

Sanora’s first novel, Whose Names Are Unknown, was slated for publication in 1939, but it was eclipsed by the enormous success of John Steinbeck’s novel The Grapes of Wrath (which won both the National Book Award and the Pulitzer Prize in 1939).

Growing up as the grandchild of people who had fled the Dust Bowl and resettled in California. I was thrilled to tell my grandmother that we were reading The Grapes of Wrath in my high school English class. To my surprise, however, when I told my grandmother what we were reading she told me not to read “that terrible book.” My grandmother hated The Grapes of Wrath because she felt it didn’t tell the story of our people. She said it made us look simple and like victims and she didn’t care for his account.

But I didn’t think much about my grandmother’s words until I started writing this biography. Then, last fall as I was writing the first chapter (“Sanora Babb: Challenging a Single Story of the Dust Bowl”), I was haunted by my grandmother’s ghost, and I had a hard time not including her in the story I was telling about Sanora.

A few weeks later, I traveled to Youngstown (OH) to attend LitYoungtown, a small, yet mighty, literary festival. While there I took a workshop led by poet Jennifer Sperry Steinorth on the poetic form of erasure. While I sat there listening to Jennifer, an idea popped into my head: What if I erased Steinbeck’s The Grapes of Wrath as a way to speak back to his text and thereby make room for other voices? What if I let the ghost of my grandmother speak through erasure?

The idea felt ridiculous. I’d never written an erasure before and erasing a whole book felt like a huge detour from my project of writing Sanora’s biography. But, once I’d thought of the project, I couldn’t get it out of my head.

So, when I flew to Oklahoma the next week to do research on Sanora Babb’s childhood, I bought a copy of The Grapes of Wrath and a packet of colored pens in the airport bookstore. On the flight, I took out a pen and started circling words and then just letters and using those letters to spell out a new, book-length poem.

Four months later, I’m halfway through my Steinbeck erasure project. Each chapter I erase becomes a poem built from letters and words I’ve circled in the text.  After I’ve circled words, I go back and cross out or paint over the unused words.  Here is an example of one of my erasure pages:

Click here to order Log of the Snark from the Jack London State Historic Park (where both Charmian and Jack London are buried).

Click HERE to order my poetry collection of West : Fire : Archive. Listen to a related podcast with the Colorado Review.

Click HERE to read my chapter “Sanora Babb: Challenging a Single Story of the Dust Bowl” as a pdf published in Catamaran (Winter 2022).

Click HERE to read my post about LitYoungtown, which includes a brief Q&A with Jennifer Sperry Steinorth about her book Her Read, a graphic poem.

Featured Image: Photo of sample which shows how I use the erasure method on a page of John Steinbeck’s novel The Grapes of Wrath. Image authorized for responsible use as long as a link to this webpage is included in the credits.

For Part 1 of the series, read On the Road with Sanora Babb: Part 1, Origins and Oklahoma, “… young Sanora sought refuge with the Otoe people…”.

For Part 2 of the series, read “On the Road with Sanora Babb Part 2: Donkeywork & Winged Things”.

CNN’s ‘The Movies’ highlights history of women in cinema

Hidden Figures and the music of the spheres

by Iris Dunkle January 4, 2022
Iris Jamahl Dunkle is an award-winning literary biographer, essayist, and poet who lives in Northern California. She wrote the first full-length biography on Charmian London, Jack London's wife, Charmian Kittredge London: Trailblazer, Author, Adventurer (University of Oklahoma Press, 2020). Her fourth collection of poems, West : Fire : Archive was published by The Center for Literary Publishing in 2021. Dunkle teaches at Napa Valley College and is the Poetry and Translation Director of the Napa Valley Writers' Conference and is currently writing a full length biography of the author Sanora Babb.
Previous Post Next Post