Who I Am From: The California of Joan Didion 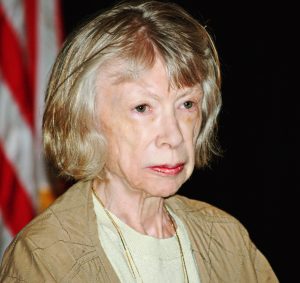 Joan Didion died on Thursday, December 23, 2021, at her home in Manhattan at the age of 87. FF2 Media is proud to present this personal tribute to Joan by another writer – our own Iris Jamahl Dunkle – who has, in effect, lived surrounded by Joan’s aura for her entire life. Brava, Joan! Kudos, Iris!

I was almost born at the Free Clinic in San Francisco’s Haight-Ashbury district.  Luckily, my dad’s veteran status got my mom a bed in the hospital up the road, rescuing both of us from time spent in that squalor.

Even so, the myth and aura of Haight Ashbury remained something I’d been born into. My parents were “hippy parents.”  They lived in an apartment on Ashbury Street with a dozen other people until my dad built a houseboat out of scrap lumber and they moved to the dock at Sausalito.

From a child’s perspective, it all seemed so idyllic – living wild and free.  But the reality of the situation – the dark forces that began to infiltrate the community of Haight-Ashbury – finally convinced my parents to move north to Sonoma County.

But I never understood their choice until I stumbled upon the essays of Joan Didion. In the loud Brooklyn apartment in which I had landed as an adult, Joan’s Slouching Toward Bethlehem revealed the ugly reality of Haight-Ashbury. The young, disillusioned runaways, the reckless drugs – she sheered away the Romanticism of an era of California history that had been shellacked and mantled as “glory days.”

So, it was too, when, later during my life, I read her 2003 masterpiece Where I Was From.

“A good deal about California does not, on its own preferred terms, add up,” Joan wrote in what the New Yorker called “her ‘Gatsby’: the book in which she scrutinized her most basic ideas of heroic particularism and found that she had not escaped “the blinkering effect of the local dreamtime.”

In Where I Was From, Joan faced her own pioneer-past, the Frederick Turner-infused myths of self-reliance and survival, to see what ugly truths lived underneath. What she found was that the story she found wasn’t true after all.

I, too, had been raised in an educational system fortified by capitalism and colonialism; I had never been given the whole truth about California’s history. And it is writers like Joan who gave me the permission to question what I’d been told was “the truth.”

In Where I Was From, Joan quotes several times from Jack London’s 1913 novel The Valley of the Moon. It’s a novel centered around a quest-motif, one where the woman gets the vision and leads herself and her husband (a prize-fighter named Billy) on a quest to leave the troubles of the city to find a farm and a home.

The Valley of the Moon, Joan tells us, is a book balancing the false idea of pioneer heritage with the need to tap into that heritage as a mythical strength:

So Saxon Brown, the heroine… could hold in her hands her mother’s red satin
corset(‘the pioneer finery of a frontier woman who had crossed the plains’)
and see pass before her ‘from East to West, across a continent,
the great hegira of the land-hungry Anglo-Saxon. It was part and fiber of her.’ (32)

Later, when I wrote a biography about Jack London’s wife, Charmian Kittredge London, I’d understand the reason why Saxon Brown is so well written as a female character; it’s because Saxon Brown was written not by Jack but by Charmian.

As Joan reveals, California was not, in fact, forged by the sheer will and fortitude of pioneers.

As Joan reveals, California was not, in fact, forged by the sheer will and fortitude of pioneers. Instead, the state was an entity that received constant support from the Eastern industries and the federal government.

Californian’s lack of value on public interrelatedness led to California’s disillusion about the inflated value of individualism.

All my life, I’ve loved The Valley of the Moon, having first discovered it at the bookshop at Jack London State Park when I was in the 6th grade. But it wasn’t until I read Joan’s book Where I Was From that I truly understood why. Where I Was From fed the myths I’d been taught as a Californian.

Joan was born in Sacramento in 1934. She began writing at the age of five, yet she received very little formal education. Her family moved frequently which, to quote her: “made her feel like a perpetual outsider.”

Perhaps it was this state of mind that enabled her to see through the thick floor that had been built beneath her feet. In her writing, that floor of history becomes glass . . . and we see through it to another way of thinking.

We are lucky to have a foremother like Joan Didion – someone who taught us not only how to disobey, but how to question the romantic myths about where we are from, the myths that we were taught but no longer need to accept. 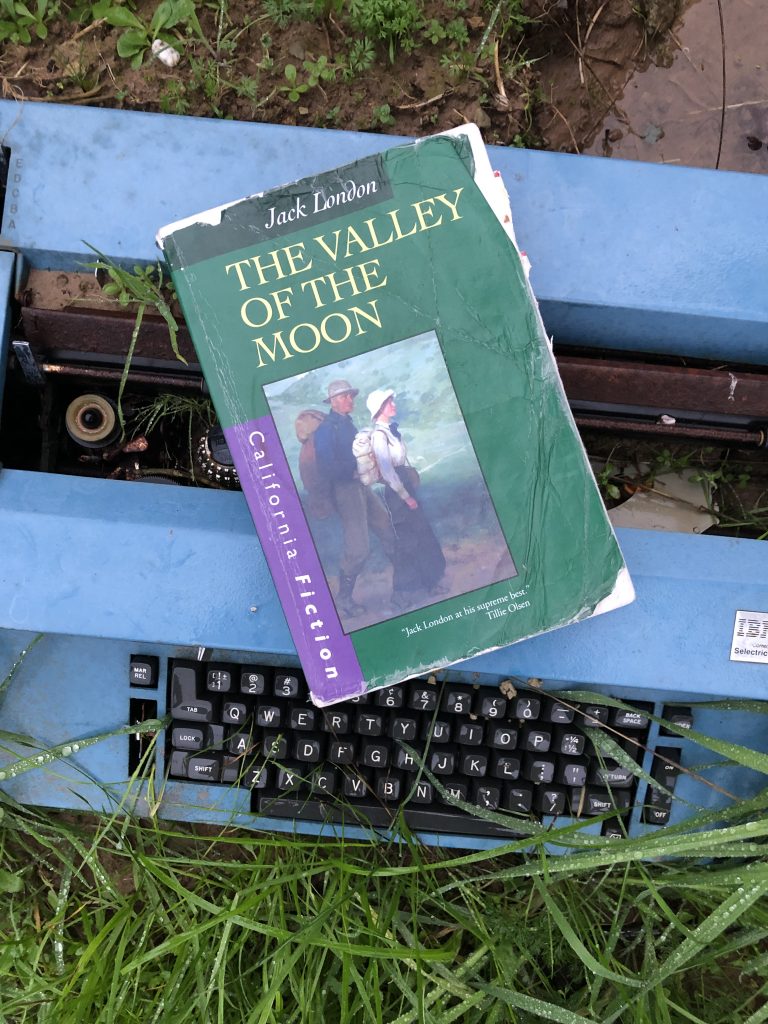 From the back cover of the Knopf edition of Where I Was From: “A native Californian, Didion applies her scalpel-like intelligence to the state’s ethic of ruthless self-sufficiency in order to examine that ethic’s often tenuous relationship to reality.”

From the back cover of the FSG edition about Slouching Towards Bethlehem: “Upon its publication in 1968, Slouching Towards Bethlehem confirmed Joan Didion as one of the most prominent writers on the literary scene. Her unblinking vision and deadpan tone have influenced subsequent generations of reporters and essayists, changing our expectations of style, voice, and the artistic possibilities of nonfiction.”

Read this obituary in the December 23, 2021 issue of  New York Times: “Joan Didion established a distinctive voice in American fiction before turning to political reporting and screenplay writing. But it was California, her native state, that provided her with her richest material.”

Read Nathan Heller’s essay “What We Get Wrong About Joan Didion” in the February 1, 2021 issue of The New Yorker

Photo collages of Iris Jamahl Dunkle’s well-thumbed copies of Joan Didion’s Where I Was From and Jack London’s The Valley of the Moon were explicitly created by Iris for this FF2 Media post. © FF2 Media® Both images are authorized for responsible use as long as the link to this FF2 webpage is included in the credit.

Photo of Joan Didion above, taken by David Shankbone at the 2008 Brooklyn Book Festival (dedicated to Eleanor Silvers). It appears on Wikipedia, available for use under the Creative Commons Attribution-Share Alike 3.0 Unported license. Follow this link to the Joan Didion page on Wikipedia for complete details.

On the Road with Sanora Babb: Erasing Steinbeck to Find the Ghost of My Grandmother

by Iris Dunkle December 23, 2021
Iris Jamahl Dunkle is an award-winning literary biographer, essayist, and poet who lives in Northern California. She wrote the first full-length biography on Charmian London, Jack London's wife, Charmian Kittredge London: Trailblazer, Author, Adventurer (University of Oklahoma Press, 2020). Her fourth collection of poems, West : Fire : Archive was published by The Center for Literary Publishing in 2021. Dunkle teaches at Napa Valley College and is the Poetry and Translation Director of the Napa Valley Writers' Conference and is currently writing a full length biography of the author Sanora Babb.
Previous Post Next Post