When the pandemic first hit in 2020, many artists and performers had to rethink how they connected with their audiences. Burlesque was no different. Performers got creative.

For readers who are new to burlesque, this art form (which dates back to the 17th century) often focuses on striptease performances that emphasize the “tease.” Famously, Gypsy Rose Lee — one of the best-known burlesque performers of the early 20th century and the lead character in the beloved Broadway musical Gypsy — had a routine in which she only removed one glove!

More modern takes on burlesque blend striptease that celebrates all different bodies and offers a platform for feminist takedowns of the narrow ways women and femme folks are “supposed” to perform femininity. More on that later.

Many burlesque performers were already well connected with their fans online before COVID. Take Vera Valentina, an East-Coast-based Burlesque performer. She already had a Youtube channel before the pandemic. You could find intro routines for learning sultry moves — classic as well as Neo-Burlesque — as well as “how-to “ videos like “Building a Burlesque Costume.”

While I haven’t come across one consistent definition of Neo-Burlesque, I think of it as stepping away from showgirl-style performances. (These feminists are always updating and innovating the art form!) As Valentina started performing in Zoom shows, she gave viewers a peek into the challenges that come with the environment. One comes to mind: lighting. In one of her videos, she turns the camera around to show viewers her ring light, box lights, table lamps — all shining directly at her. But it works: when she performs, it looks like a spotlight focused on her.

Valentina also found new ways to connect with fans. She started an OnlyFans page, (which she talked about during Vlogmas 2020), as well as live Zoom “Burlesque Basics” shows, where fans could join and learn burlesque staples like the “bump and grind,” as well as how to use feather boas.

This is where having so many digital platforms available — the thing that many creators and creatives bemoan — can become a benefit. The Slaughterhouse Society, a bloody, horror-movie gorelesque or “boo-lesque” troupe based in Boston, took to Twitch — a livestreaming platform I associate with gaming — as well as Zoom to bring shows to fans.

But for bigger groups, or performers who want to interact with one another onstage, these platforms present challenges. The Slutcracker, a burlesque retelling of The Nutcracker, has a large cast of performers who usually grace the stage of a packed house in Somerville, MA. I just checked the cast list while writing this —  it’s upwards of 40 people. That would be a lot of Zoom boxes. Instead, The Slutcracker team created a recording of their show, blending together pieces from both of their casts, and made it available to rent. It’s usually a holiday tradition —  the show runs for the month of December — but you can rent it now via TheSlutcracker.com. 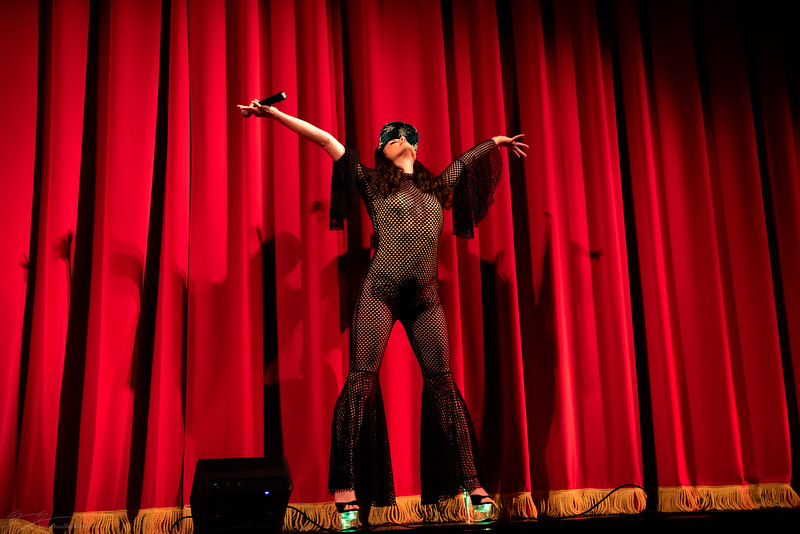 Music often gives performers permission to behave openly, maybe even brazenly. Can’t be angry in real life? You can scream along to a chorus for a few minutes. Attending The Slutcracker unlocks the same feeling. I’ve ushered for The Slutcracker nearly as long as I’ve been in Boston. Every year, I lace up a corset and slip into stilettos, and welcome folks into the show. Unlike in much of my daily life (where I have worked to keep attention off my body), I like how unabashed I feel strutting into the theater. I luxuriate in how it feels to be glamorous and sexy. With each of the performances,  the show delights in different body types and celebrates how fun and sexy they can be. Yes, the performers seem to suggest, we are naked on stage. And we’re enjoying the hell out of ourselves.

The Somerville Theater, where The Slutcracker show has lived for the past decade, seats 900; and during the shows I ushered, we were nearly always full.  When Legs Hershey comes on to perform a pole dancing routine, the crowd cheers. When the Pussy Whips (played by Valentina Vicious, Ella, and Meredith Fournier) strut out on pointe —  complete with cat ears, chest harnesses, and whips— the crowd hollers with glee. These performers are controlling how the audience experiences their nudity and showing that sex and sexuality don’t have to be cast in dark shadows with a serious pall. They can be fun. They can enjoy their bodies without paying penance. And that makes the audience willing to do the same. There are a few other delights, but I won’t spoil them. You’ll just have to see for yourself.

Sugar Dish, a Boston-Ballet-trained dancer and creator of The Slutcracker, is also part of Lipstick Criminals. Here’s how the group describes themselves: “That time a bunch of strippers started a dance company.” They’ve posted snippets of their rehearsals to their Instagram page. All are masked as they move through choreography to Britney Spears’ “I’m a Slave 4 U.” If you are a Boston local, you can catch an in-person performance on October 24th.

And… this leads us up to the shaky future of live performances. Venues are opening up, but tentatively. Vera Valentina posted a recent vlog of her trip to the East Village to perform in a show. Her red mask perfectly matches her performance outfit. Boston-based performer Elsa Riot — who also has a glam, classic burlesque vibe — performs once a month in the Smoke and Shadows Variety Revue at the Rockwell Theater in Somerville (MA). She also performed in the virtual show “Get You a Babe Who Can Do Both,” a combo of talks on important subjects in the sexuality space and a Burlesque show put on with the National Liberty Museum. (I’m mad I didn’t know this existed until this week. Sign me up!) You can watch the talks and performances on Youtube. 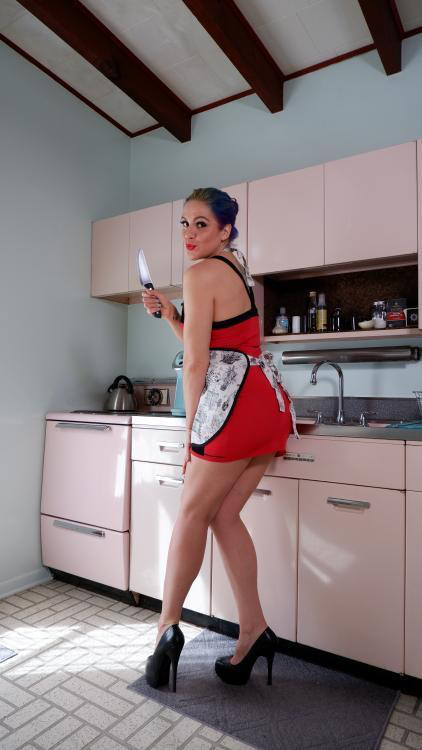 The creator of the #doboth show, HoneyTree EvilEye, is also back to performing live shows in Philly. For fans who aren’t local, they can sign up to take fitness classes with her. She offers a boot camp as well as a pilates class.

Alas, some burlesque groups haven’t made it out of the pandemic yet. Rogue Burlesque, a group focused on creating a space for newcomers, announced at the beginning of August they were “hanging up their pasties.” The pandemic allowed them to take a hiatus and reevaluate. For locals who have been to the Lucky 13 shows, they know how special they were. Thirteen newbies got to strut, skip, and twirl their way across the stage. Some flirted with red feather boas while others dressed as cats.

When I attended, the room was packed, everyone dressed in their sparkliest outfits, ready to cheer their friends on.

Watch The Slaughterhouse Society on Twitch.

Watch Sugar Dish’s snippets of their rehearsals on their Instagram page.

Sign up here for a burlesque fitness class with HoneyTree EvilEye.

Female Filmmakers Best of the Fest at Tribeca

by FF2 Guest Post September 19, 2021
FF2 Media welcomes Guest Posts from writers who self-identify as women. Do you have a passion that you want to write about? Send us a pitch: witaswan@msn.com. We pay experienced writers $100 for each post (of approximately 1,000 words per post). We also need interns for administrative back-up. Compensation for interns begins at $15 per hour.
Previous Post Next Post