Ericka Nicole Malone does it all. She’s an actress, writer, director and producer. She’s written, directed, and produced over nine plays including touring In Love With Tyrone. She’s the creator and Executive Producer of television pilot Ward of the State with Janet Hubert (who is best known from the Fresh Prince of Bel-Air).

Right now, she’s working on the biopic titled Remember Me: The Mahalia Jackson Story that will likely come out this winter. She’s also touring her short film award-winning Dreams from the Edge and working as Executive Producer for future animated series JG and the BC Kids. FF2 had a chance to talk to her about her work. 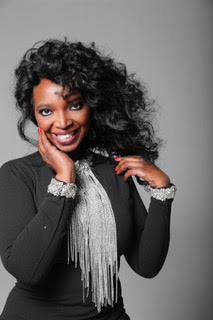 ES: How did you get started in theatre?

Ericka Nicole Malone: I was really young when I first started writing. I was very shy and introspective. [My mother started] putting in a lot of arts in Louisville, Kentucky, with artists, singers, and actresses. She knew I was talented but I don’t think she knew exactly what she thought, maybe writing, it could be anything. Around 11 or 12, I started writing monologues. I wrote a monologue to get into Performing Arts High School for the acting program.

ES: I read that you got your start playwriting, charging $3 for tickets in college.

Ericka Nicole Malone: I had a full scholarship when I was 17. At the performing arts high school, they have an audition at the end of the year, and you audition in front of a bunch of different colleges. I went to [the University of Dayton]. I was very young in college. I remember not liking that there was a lack of diversity in terms of some of the leading roles. I didn’t want to have to play someone’s mother. I decided that I was going to leave.

I came home and I told my mother I left and she said, “Okay go to another school because now you’re paying for… because you just left a really good school.” So, I made my stand that I had to go to Western Kentucky University, and I had to find creative ways [to pay for school].

I went to the Activity Center. And I asked [him] if I could write plays, charge money and then half the money would go to the school.  Then I could use the other half or books or whatever I needed. And he said, “Yeah, that’s fine.”

I just produced plays, promoting and putting flyers on the campus. It was a really advantageous way as a woman to understand production and promotion and to understand independence.

I realized that I really loved writing plays. From there, I went on to write other plays including In Love with Tyrone which toured around the country to great reviews, and then wrote my pilot in 2015 called Ward of the State.

ES: Could you tell me about Remember Me: The Mahalia Jackson Story?

Ericka Nicole Malone: I started writing it in 2017. Several months to research it and find facts that I think that many people didn’t know, which is how she was a high influence on Dr. Martin Luther King. After writing it, shopping around Hollywood, I just decided to then back with my business partner Philip Robinson with Erica Nicole Malone Entertainment. Do it ourselves. And that’s what we did.

We started shooting in December of 2020. We’re still filming. We actually have another shot coming up in August. It’s just an amazing story about love life, the redemption of the Queen of Gospel, Mahalia Jackson.

In the south, she is considered a National Treasure. You go to your grandma’s house and see Dr. King on the wall, JFK on the wall; Jesus on the wall, and Mahalia Jackson.

She’s such a big champion of the civil rights movement. A lot of people don’t understand what she sacrificed. The hits she took breaking into mainstream white America. She was such a fighter and she would sing at as many of Dr. King’s rallies as she could.  She would help finance some of those rallies. She was a heavy part of the civil rights movement. Her Blackness was very critically important to her. I just felt like she was a National Treasure and I wanted to make sure that story got told.

ES: Why do we need to uplift the voices of women and people of color in entertainment?

I think Hollywood has to change its respect to Black people, Black stories and Black art, so they cannot constantly have those doors shut. We’re not a monolith. We all don’t think the same. We all think differently. Some of us, socioeconomically, are from different places: working class, middle class, upper class. So, there’s always these rich, diverse stories that are so fresh, because they don’t let a lot of the Black stories come out. We have to constantly push ourselves.

I love right now this resurgence in Hollywood being pressed upon to take diversity more seriously… but it’s been painful to be a creator, and having to exist in a world that doesn’t appreciate your art form.

ES: Could you talk about your short film Dreams from the Edge?

Ericka Nicole Malone: I like creating things I don’t see often. What I’ve not seen often are just simple stories about Black life. There’s so much last year with George Floyd and other things. There was a dehumanization of, to a certain extent, of Black life.

I wanted to create a simple story about a Black woman trying to break through Hollywood with challenges from her mother. A kind of Black La La Land. Instead of romantic love, it’s the love of a mother and daughter. It’s being selected to be at film festivals. It won the “Dreamers Film Festival” in London.

Ericka Nicole Malone: I’ve got another biopic coming out about another famous Black woman. I’m not able to say, but that’s going to be in production, I think, in early 2022. I can’t say quite yet. I’m working on a book for next year. 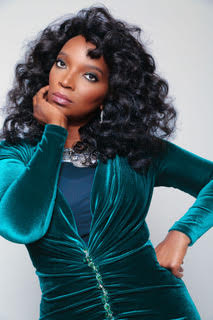 Can’t wait to see Remember Me: The Mahalia Jackson Story and all the other work Ericka Nicole Malone is a part of!

“Black, Brown and Beige. Duke Ellington. Mahalia Jackson.” by Nesster is licensed with CC BY-SA 2.0. To view a copy of this license, visit https://creativecommons.org/licenses/by-sa/2.0/

Stephanie A. Taylor 2 weeks ago