At a time when the freedom to travel is less encouraged and we are spending more and more of our days at home, the stories we see on the screen remain a rare window into how other people live. A film is like a teleportation device. We load up our chosen destination on the TV and flick off the lights—voila!, we are taken from our living room into someone else’s life. It shows us cultures we may not have known about and facilitates us to explore countries through the characters of the story.

A well-crafted movie is able to leave us with lingering thoughts and questions; we learn something new about the world we live in. But given Hollywood’s (and by proxy, America’s) influence in the film industry, and the Academy’s biased method in assessing non-English films, foreign-language films rarely receive the accolades and reception they deserve. This is evident with the recent debates over Minari’s exclusion from the Golden Globes’ Best Picture category for not having enough English dialogue in its script.

With increasing communications and collaborations between people from different countries, it’s vital that we do not limit our exposure to only English-language films. In fact, by observing and understanding why people from other cultures behave the way they do, we are able to sympathize with their circumstances. Unfortunately, it usually requires the viewer to read subtitles, and getting over the subtitle barrier can be challenging. But the payoff is worth it as it opens the door to so many new perspectives and worldviews.

Dayna Hagewood and I recently talked to Sophia Badalian and Jillian Chilingerian about the importance of international films by women on their podcast “OFFSCREEN with Jill and Soph.” We focused on four international films which took us from Saudi Arabia to Pakistan, Norway, Somalia, England, and Uruguay: Wadjda (2012), What Will People Say (2017), Desert Flower (2009), and XXY (2007).

(To listen to the podcast episode, please tune in here. To read our reviews of these films please click on the titles below!)

Wadjda is about a young girl who lives in Saudi Arabia and is constantly being told what a “respectable” girl is like. It tackles big social issues through the difficulties “Wadjda” (Waad Mohammed) has to face in trying to do something as simple as riding a bicycle—an act that’s considered disrespectful for young women. This is a story about girlhood, mother-daughter relationships, and the power of women.

In our discussion, we brought up that the process of making the film and the concerns of the cast and crew when filming vary depending on the country. When filming Wadjda, director Haifaa Al-Mansour and her cast and crew were constantly worried about religious police shutting them down during filming. Although on the surface this film is about a girl wanting to ride a bike, the film itself is about so much more than that. The determination of Wadjda to go against the “respectable” way she is taught to behave is quite provocative for a society where women should not laugh loudly or wear improper shoes. This was the first feature-length film that was shot from beginning to end in Saudi Arabia—a place where there are no movie theatres. What does this mean for the reception of the film locally and globally? Not only does this pose the question of whether people in other countries with the ability to help will choose to take action, but even more so, do they have the right to intervene? It’s hard to gauge how many people from Saudi Arabia will have seen this film, but Haifaa Al-Mansour’s braveness in sharing this story with the rest of the world helps us get a step closer towards understanding another culture.

In some communities, being able to make decisions about your own body is considered a luxury, and is not yet a right. In Argentinian director Lucia Puenzo’s film, XXY, the audience observes individuals with struggles that are not limited to cultures or countries. She focuses on the difficulties of being a part of marginalized communities, such as intersex individuals and homosexuals in a homophobic environment. XXY is about a love story between two teenagers, who are at the stage in life where they are consumed by the necessity to make decisions about their gender and sexuality.

“Alex” (Ines Efron) has recently stopped taking medication that suppresses her masculine features and she must decide if she would like to continue life as a woman or a man…or perhaps as both? The lack of fiction works regarding this subject matter is what drove Puenzo to create this film. She wanted to explore intersex as an identity within itself, rather than part of the passage towards becoming a man or a woman. It forces us to acknowledge that whereby we may judge other cultures for enforcing certain rules for what’s considered “normal” for a woman, Western societies are also acting similarly towards these marginalized communities. 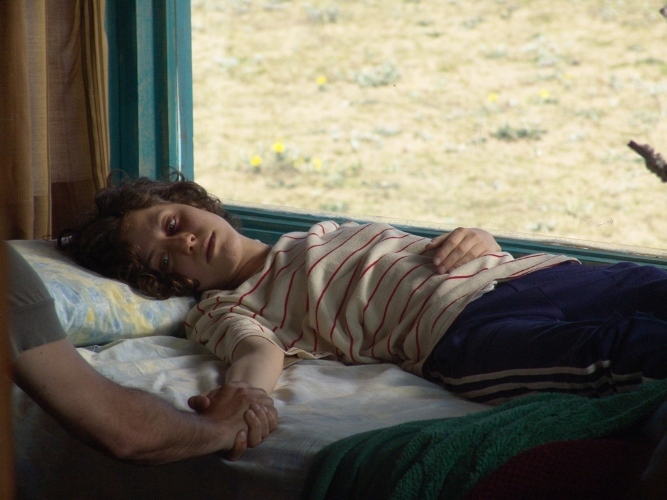 Desert Flower is another film that tackles the issue of having agency over one’s body, but in a very different way to XXY. Director Sherry Hormann’s film documents how a Somali woman, “Waris Dirie” (Liya Kebede), leaves her home country for London and whose life transitions from homelessness to celebrity model status. Through a cross-cultural friendship with a local Londoner, “Marilyn” (Sally Hawkins), Waris realizes female genital mutilation is not the norm for most and is most certainly not a compulsory right of passage for all women. It’s also important to note that the director, Sherry Hormann, comes from a German-American background, so her film is a product of her exploration of the issue together with her audience through the eyes of all the non-Somali characters. Contrary to Wadjda’s more careful approach to the subject matter of women’s traditional roles in a culture, Desert Flower is much more direct. This is probably because it is set in the U.K.—a Western country where women are encouraged to speak up.

The plot is based on a true story about Waris Dirie, an activist leading the movement against FGM procedures. When Hormann completed the film, she took it back to Africa and screened it in the desert. In bringing together these two cultures onto the screen, not only were the Western audience able to learn about something that was happening to women in Somalia, but those in Somalia were able to understand that a life without FGM is possible. After the film was made, it prompted numerous NGOs to contact Hormann to talk about ways in which they can take action. 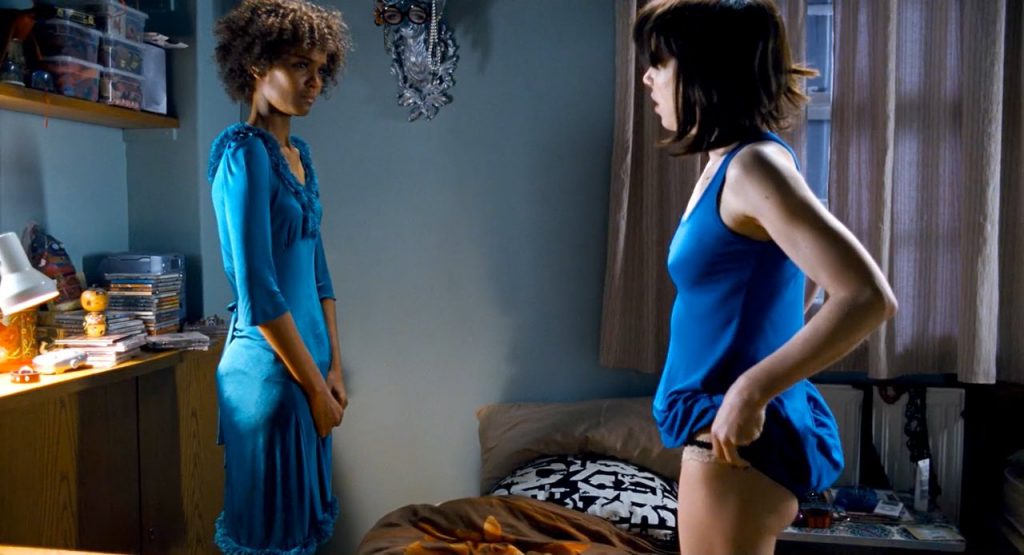 What Will People Say

The conflicts between traditional collectivist cultures and societies that encourage individualism are a popular theme among foreign films. What Will People Say directed by Iram Haq follows “Nisha” (Maria Mozhdah), a girl who grew up in a Pakistani-Norwegian family. She is taken back to Pakistan against her will when she is found in bed with a man.

The initial feeling from watching this film is that it acts as a commentary about the rigidity of Pakistani culture, but as with Wadjda, there is more to it than first meets the eye. Haq carefully crafts the film to explain why it can be difficult to balance being part of both cultures. “Mizra” (Adil Hussain) has to accept the possibility of being ostracized from Pakistani communities if he is to accept his daughter’s behaviors. This is comparable to how Waris Dirie would need to accept the likelihood of her being condemned by the traditionalists of her culture for being disloyal as she embraced the western approach towards fighting FGM.

There are a lot of filmmakers in the US, but what about the women who make films in non-English speaking parts of the world? Considering how many other languages and countries there are, seeing these films opens up so many more interpretations and realities of what it means to be a woman and the role of women in different societies.

It is by viewing movies such as What Will People Say and Desert Flower that we can gradually begin to understand the difficulties of assimilation. And it is through films like Wadjda and XXY that we can get a glimpse of life in different communities and reflect on whether we have the right to pass the judgments we do.

We have a responsibility to be aware of the experiences of women around the world. Western media attempts to dominate the conversation of what it means to be a woman, but there is no one universal definition, and other perspectives aren’t amplified the same way. International films about women can tell us the struggles they face in their daily life of being a woman in their own culture and their homeland. 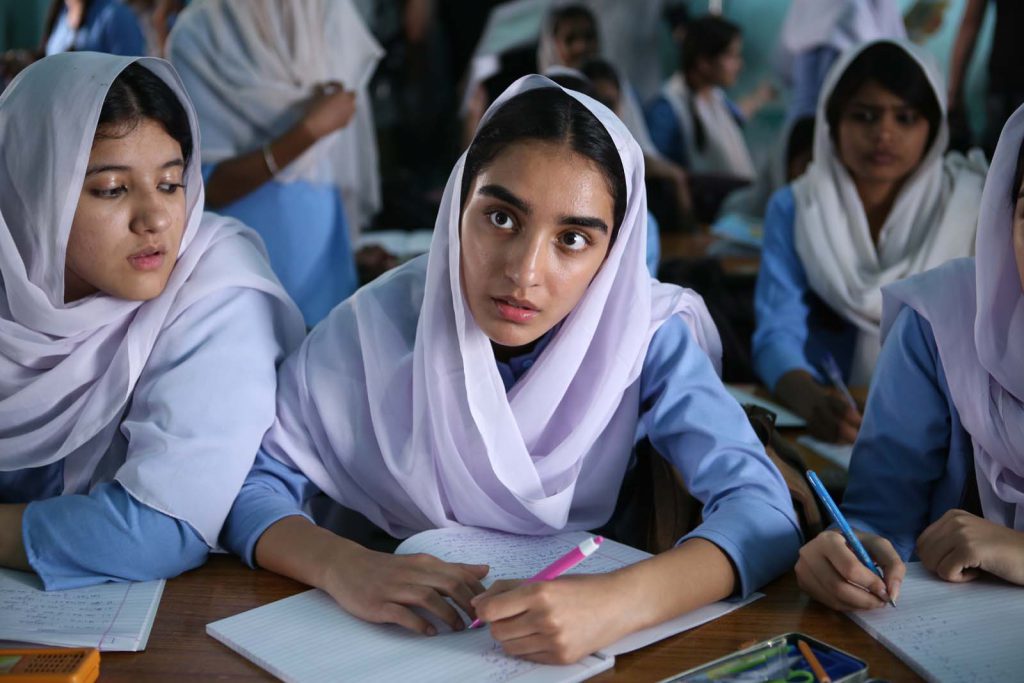 Bottom Photo: Maria Mozhdah in What Will People Say (2017)

Watch at Home: ‘The Miseducation of Cameron Post’ & more from female filmmakers