Nixing ‘Dixie’: The Chicks, Politics in Art, and the Power of Language

Growing up, my idea of who the Chicks (previously known as the Dixie Chicks) were was vague, incomplete, and – though I couldn’t have known at the time – incorrect. I knew that they were country singers and that they had been the center of some controversy. Their reputation as a politically outspoken group preceded them, and I took it at face value. So when the band announced recently that they had decided to nix the “Dixie” from their name in light of and in support of the Black Lives Matter movement, I thought “well, makes sense!”

Anyone familiar with the old controversy surrounding the Chicks knows that when they were labeled as politically outspoken, it wasn’t exactly meant to be a compliment. Even I, with my limited knowledge of the whole affair, felt its negative connotation. Upon watching Barbara Kopple’s documentary on the subject, Shut Up & Sing (2006), I had only a shadow of an idea of what I would be watching. But boy, was I in for an eye-opener.

“Politically outspoken? It was one little comment!” I found this thought resounding in my head for almost the entire film. For context, in 2003 the Chicks were the best-selling female group in history. During this time, President Bush’s approval ratings were sky-high, and much of the country and the government-supported his proposed invasion of Iraq in order to overthrow Saddam Hussein and his hidden weapons of mass destruction. When Chicks singer Natalie Maines publicly voiced her disapproval of the war and added that she was ashamed the president came from Texas (her home state), things got nasty as much of the South turned its conservative back on the band.

Rather than take back her statement, as her publicist advised her to do, Maines and the band decided to lean further in, which I love! So often in the news we hear the sentiment floating around that artists – singers, actors, and the like – should stay out of politics and stick to their art. But for these people, who express their very selves through their work, this is not possible.

In fact, art is often born from politics or other beliefs. When Michelangelo painted the roof of the Sistine Chapel, was he not spurred by a fervent belief in and love of God? If art can be religious, then why can’t it be political? If we banned all art – paintings, film, television, music, and more – from including beliefs on politics, culture, religion, and the environment, then what would we have? A common argument from people and politicians for artists to remain quiet on politics is that they shouldn’t weaponize their influence as a celebrity. I remember my own mother denouncing Oprah Winfrey when she publicly announced her support for then-presidential candidate Barack Obama back in 2006.

But if you have a voice, then why shouldn’t you use it? As a child who looked up to her mother, I was inclined to agree with her condemnation of Oprah. As a young adult today, I find that I couldn’t disagree more. It has become harder to ignore the injustice that abounds in this nation, and even more difficult to remain unaffected by the screaming pleas of those it negatively impacts. And I, somebody who once proclaimed that I wasn’t interested in politics, cannot remain blind to their voices. It is a privilege to make such a declaration, because it means that you have no personal stake in its dealings.

Something even more frustrating about the mistreatment of Maines and the Chicks in 2003 and afterward is that they were right all along. Today we have the gift of hindsight on the matter. There were no weapons of mass destruction. The invasion of Iraq was not only a bust, but it cost the lives of American soldiers, Iraqi soldiers, and – worst of all – innocent Iraqi civilians. It left the country in shambles. Nobody seemed to consider this outcome when Bush’s approval ratings were soaring. It serves as a reminder of the toxicity of patriotism and nationalism, ideals that country music has seemed to hold high for decades when they burn so brightly that they blind us to the voices of those we’ve made into the “other.”

The Chicks decided long ago that they didn’t care to listen to the advice of those who wanted them to shut up and sing. And today, they’ve made another stand for something they believe in, the recognition and implementation of equal rights for Blacks, starting by removing the “Dixie” from their name. While the Black Lives Matter movement has been around since 2013, the fight for Black justice has existed for far longer.

And whether we like it or not, names carry meanings that come from and perpetuate the culture. Removing a word like “Redskins” from a name (as the Washington Football Team recently did) is a step in squashing a culture that says it’s okay to use historically derogatory names for Native Americans, a group that has already suffered injustice enough on their own soil. Similarly, the musical group formerly known as “Lady Antebellum” has removed “antebellum” because they recognize the danger in imbuing the word with both nostalgia and fashion appeal. The word refers to the era just before the Civil War, when slavery was prevalent and accepted in the southern U.S.

“Dixie” isn’t simply a nickname for the South; it is associated specifically with those states that made up the Confederacy, a proposed nation born out of the belief that slavery should remain an accepted institution. Although dixie might have a broader meaning today, its roots cannot be erased.

Finally, groups like the Chicks and organizations like the Washington Football Team have stopped to reflect on the danger that lies in words, the risk of the perpetuation of a culture so toxic. Like I said, hindsight is a gift. We exist at a time where we can look at history as a bigger picture rather than isolated events, and see the ways that injustice persists and put an end to it. So we must re-evaluate the language that we use and the ways in which it might perpetuate toxicity. We must also recognize that we have every power to choose this language for ourselves, to choose to right wrongs.

I think often of the people who scoff at these types of actions, of those who might dismiss such gestures – dropping or changing an offensive word – as merely performative activism that does more to make the doer feel better about himself than to make any real change in society. And of course, we cannot simply remove offensive words and be done. The work does not end here. Action must be taken. But, changing our language is a promising start.

I laud the Chicks for nixing “Dixie” and I am happy to see them continue to voice their opinions, no matter what those that would like them quiet might say. 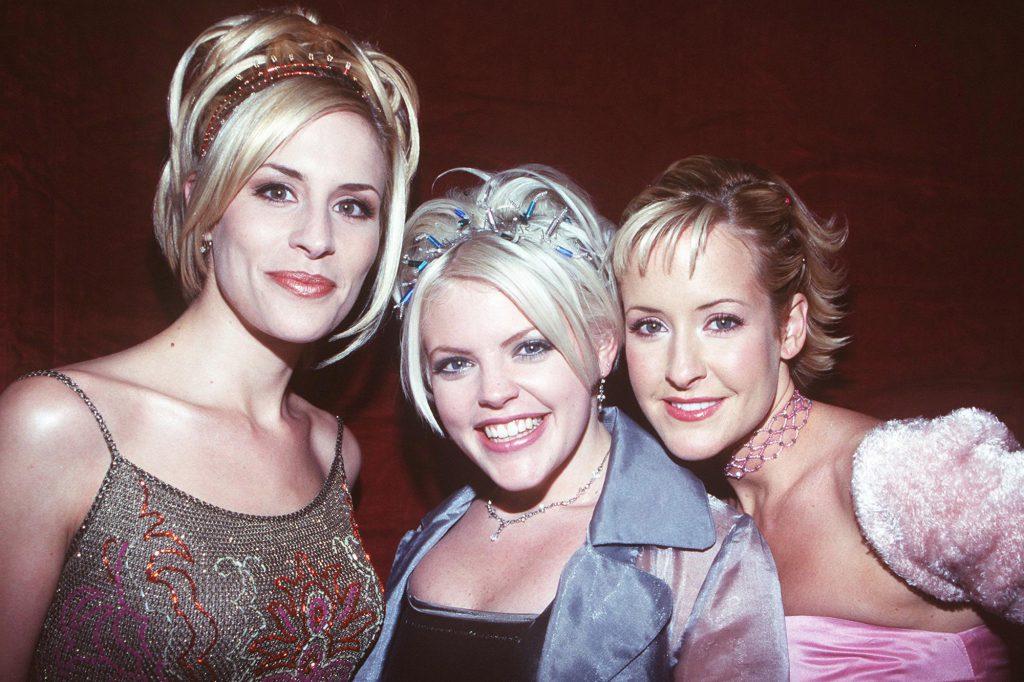 Stephanie A. Taylor 3 years ago

by Roza Melkumyan September 20, 2020
As a member of the FF2 Media team, Roza writes features and reviews and coaches other associates and interns. She joined the team as an intern during her third year of study at New York University. There she individualized her major and studied narrative through a cultural lens and in the mediums of literature, theatre, and film. At school, Roza studied abroad in Florence and London, worked as a Resident Assistant, and workshopped a play she wrote and co-directed. After graduating, she spent six months in Spain teaching English and practicing her Spanish. In 2019, she spent a year in Armenia teaching university English as a Fulbright scholar. She has continued to live in Armenia, and loves every second of it. Her love of film has only grown over the years, and she is dedicated to providing the space necessary for female filmmakers to prosper.
Previous Post Next Post