In the Christian faith, one of the main idols worshipped is the Virgin Mary. She is revered as one of history’s—and the world’s— most influential women. She represents innocence and humility—qualities people strive towards. Alongside purity and humility, Mary also brings about peace and calm. In Argentina, where La Ciénaga is set, it is common to hear about a vision of the Virgin Mary. Once a month, crowds of people gather and flock around where the Mother of God has been seen. Back in the 1980s, a woman of great faith claimed she began seeing visions of her. Since then, a shrine has been built there, and the crowds that gather there continue to grow, especially since the local bishop declared the visions to be genuine. The confirmation that these visions were messages from God meant that Our Lady of the Rosary of San Nicolas (where this happened) was elevated to a place of pilgrimage. Thus, every month crowds of people come to the shrine in hopes of seeing the Virgin Mary.

Lucrecia Martel’s La Ciénaga (read our review here!) takes place in her hometown of Salta, Argentina. The story follows two women and their families. There are many children within these two families, some of them teenagers, some of them younger. During this film, the weather is hot, the adults are constantly drinking, and the children are left to their own devices. The first point of worry is when “Mecha” (Graciela Borges) falls and cuts herself on broken glass, causing her to visit the hospital. Her husband and the other adults seem unfazed by the fact that Mecha was bleeding on the floor. The children and servants come rushing to her aid. The role of parent and child, adult and teenager, seems reversed.

There is a lot of symbolism in this film. It may be hard to fathom upon first glance, and sometimes films don’t have to have a clear, structured message. In La Ciénaga, Mecha’s family clearly used to be rich. They have their private pool, and though the vacation home is now decrepit, it is big, and they have two servants. The adults who were lounging about by the dirty pool seem to be waiting for something to happen. They move slowly and look like they’re in some kind of trance. However, the pool is no longer a symbol of their wealth––it shows how low the family’s gotten. Their once put-together estate is now falling apart, as is their status. 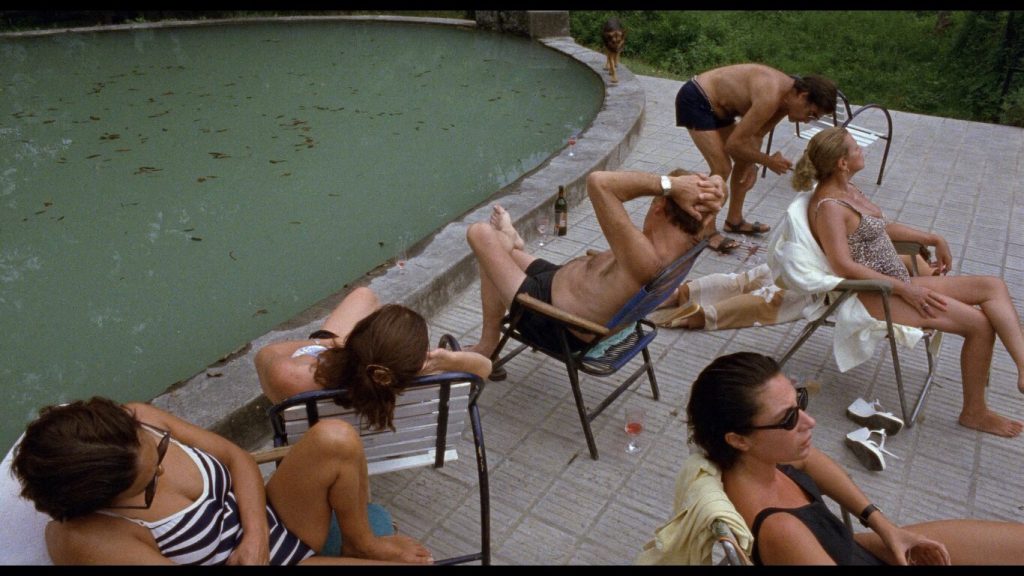 Throughout the film, amidst the mess of these two families, something is consistently brought up––the vision of the Virgin Mary. The official religion of Argentina is Roman Catholicism, and a lot of the population is devout. So seeing the Virgin Mary is a big celebration and frequently televised. People plan trips to the place of the visions, and there are carnivals. Marian apparitions are considered a form of expression, whether to draw attention to the Church or emulate a Christian message. Most devout Catholics believe that Mary appears because of her motherly nurture towards the Church. Claiming to see the Virgin Mary’s apparition is thoroughly investigated by the Catholic Church before affirming it is real. These apparitions often have a widespread impact on Christian piety. Apparition seers frequently report a sort of request from the vision to create and build a shrine on the spot of said apparition, which often becomes a spot for a pilgrimage.

The Virgin Mary has become one of the most influential women in Christianity, even millennia after her death. Her almost speechless role in the New Testament does not affect her image and legacy that is still celebrated and worshipped to this day. Often these visions of Mary are accompanied by miraculous healings, be it from depression or cancer. According to the Gospel of John, the first miracle was performed in around AD 431 when Mary told Jesus at the wedding at Cana that “they have no wine”. She was officially named Theotokos, Bearer of God at the Third Ecumenical Council in Ephesus. Her name is the most well known and respected amongst the Roman Catholics. In both Christianity and Islam, Mary is considered “holy above all women”.

However, another symbol throughout Martel’s “Best First Feature Film” is the idea of confusion and mistaken perception. Sure, there are claims that people saw the Virgin Mary, but there is also a dispute in that. The children in the film hear a story about a dog-rat. One of the young kids, “Luciano” (Sebastián Montagna), keeps hearing the neighbor’s dog but cannot see it. He is terrified, thinking it’s the dog-rat, but also curious. The “divine confusion” of the visions of the Virgin Mary is similar to the dog-rat situation with Luciano, where no one sees the object of fascination but whole-heartedly believes it.

Mary’s essential qualities are faithfulness, devotion, humility, and purity. This imagery is in stark contrast to La Ciénaga, between the rampant mess of Mecha’s household against the gravitas that comes with Catholicism. Martel explores her favorite subject in the film––the troubled mind. Thus depicting chaos, disorder, mess, dirt, etc. The children are left to bathe in the dirty pool, go to parties in town, and roam the woods with shotguns. The adults stay home and constantly drink wine. The families share a strange intimacy that is slightly creepy, which does not reflect the images of purity or humility. So, for people who live in filth, they seem to follow the Roman Catholic celebrations and beliefs more because it is how they have been brought up rather than through true devotion. There appears to be a real lack of maternal nurturing in Mecha. The consistent reminder of the Virgin Mary puts Mecha’s role as a mother into perspective. Mecha shouts at her children, or complains about her servants, and usually seems to not care about anybody else. Then we see and think of the Holy Mother, who is loved worldwide, worshipped for her kindness, innocence, and devotion, and are drawn away from Mecha. Of course, women shouldn’t be stereotyped or boxed in as being a reified “mother,” but there is a difference between that and being completely self-absorbed. Reality is so flawed in comparison to the perfect belief system centered on the Virgin Mary. 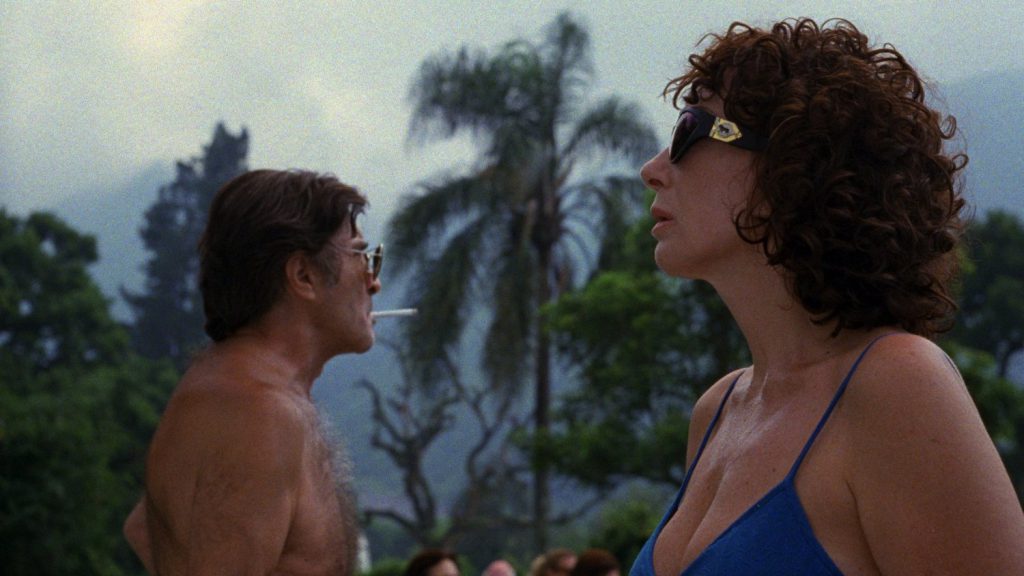 Elyse B. Thaler 6 years ago

by Sophia Jin September 13, 2020
Sophia is currently a student of classical music. She joined FF2 Media in 2018, and loves working with everyone on the team because not only does it promote women's roles in films, it also opens her up to more works done by women. Sophia is so glad that there is a space that is full of women alike in their passion to bring more attention to females who are just as capable or even more capable than men in the industry.
Previous Post Next Post