From writer/director Ani Simon-Kennedy comes the quietly introspective and visually striking film The Short History of the Long Road, starring Sabrina Carpenter.  Set in the vast and enchanted land of New Mexico, Nola (Carpenter) lives a life on the road with her father.  It’s an atypical upbringing, but it’s all she knows.  As her father dies unexpectedly, Nola is left to pave her own path complete with a few detours and several bumps as she navigates this new life.

I recently spoke with Simon-Kennedy about making this film, its rather timely release, and how she prepared for creating the film. Born in the U.S. and raised in Paris, Simon-Kennedy returned to her home country to attend college and now resides in New York City.  This background influenced the tone and underlying elements of the story significantly as it addressed housing, healthcare, and education – which were fundamental rights in France. “…To come to a country where none of that is guaranteed is what I wanted to explore in this movie,” she said. “The idea that when there is no safety net, it’s up to individuals to weave their own net to catch each other.”  She found this element to be even more poignant given our current pandemic stating, “I think there’s something really wonderful how people look out for each other and help each other out, but at the same time, it’s in the face of this tragedy that basic human needs are not met in the richest country in the world.”

A fan of road trips and road trip movies, Simon-Kennedy found that those with a female focus typically ended tragically (referencing Thelma and Louise). “I wanted to tell a story about a young woman who chooses life on the road for herself and really embraces it wholly.”  The element of creating a character who must grow up quickly gave Simon-Kennedy the conduit to showcase that we all come to a crossroads in our lives “…where you’re never completely rejecting your upbringing but you’re also never following in the footsteps of your parents; just picking and choosing.  That, to me, is the real coming of age.  It’s the real moment where you become yourself.” 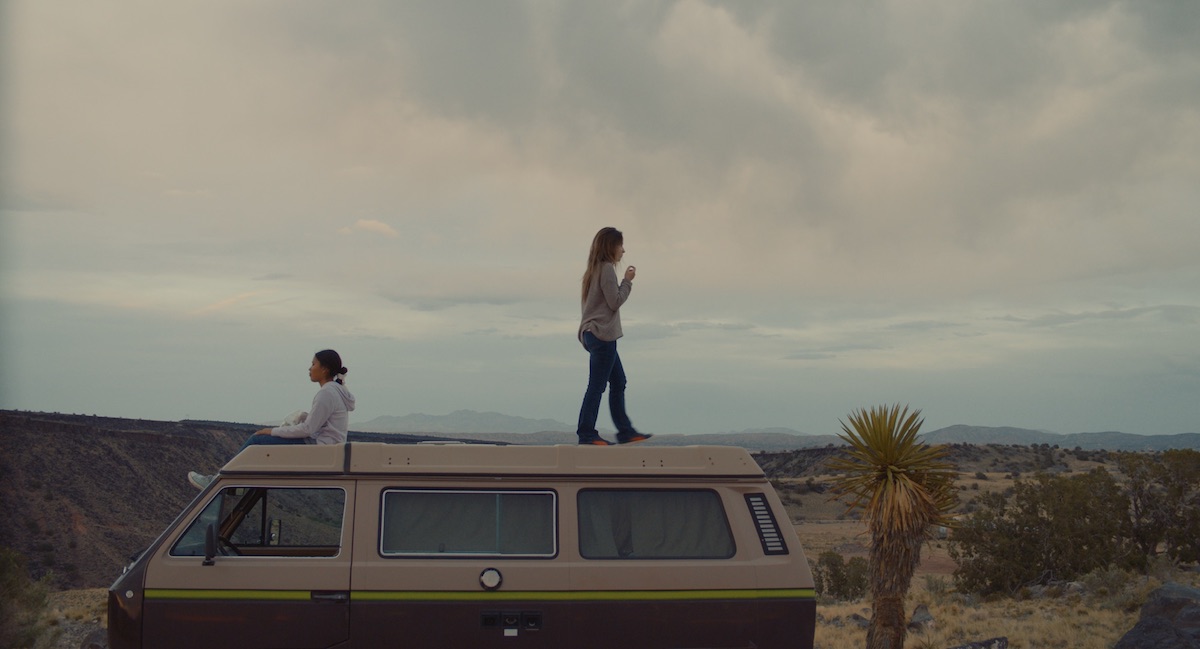 The recurring image of a young woman driving alone in the dark spurred Simon-Kennedy’s research into a subculture of van dwelling.  Combining the information about these travelers with no connection, a specific location to call home and her image of the woman, she wanted to show not only how this woman comes into her own, but the journey, literally and figuratively, she takes to get there.  Simon-Kennedy’s research also included taking her own first solo road trip in order to “justly show what this experience would be like.”  Starting in Arkansas and ending in California, she fell in love with the landscape of New Mexico where tax incentives help small independent film budgets thrive.  She said, longingly, “New Mexico will make you want to live on the road.”  Using an all-local crew, “Everything that’s on the screen is a testament to New Mexico and its people.”

Simon-Kennedy also used her own life’s experiences in creating the tragic event that occurs early in the story. “There’s a disconnect between what it’s like to experience grief in real life versus how it’s depicted on the screen,” she said. She knows what it’s like to have her world turned upside down and while the film initially instills the thought that it’s a father-daughter road trip film, it quickly turns into something else.

Recognizing that “the movie was going to live or die on the shoulders of whoever played [Nola],” Simon-Kennedy used an unorthodox method of casting as she made lists of various actors and had them meet her for coffee.  The only prerequisite was that the actor must have read the script in its entirety.  Her reasoning, she said, “I just wanted this process to be as collaborative as possible.”  Not knowing Sabrina Carpenter’s background as Disney superstar, Simon-Kennedy met with the actor felt and said that she “nailed it.”  In addition to Carpenter tossing makeup and grooming to the wayside for several months to become the character, Simon-Kennedy remarked, “She has this transparency where you can read so much emotion on her face even if she isn’t saying a word and that is a sort of star power.”  She continued, “She really can communicate so much and, for such a quiet movie, it was hard to find somebody who could do that.”

The supporting cast is equally talented and Simon-Kennedy’s awe-struck reaction to casting both Danny Trejo and Rusty Schwimmer in her film was immediately evident.  Chuckling at the fact that there were no machetes in her film for Trejo, she found that his true personality was really much closer to the character he played as a loving and kind man who happens to love and collect cars and is at home in a garage. Schwimmer, not at all like her character of Marcie, rolled with the punches as the mother of ten: this was a real family, not actors! “Rusty just dove right in and those kids loved her!”

The film’s release was originally planned for theaters in New York, but like all other films now, it is going into the virtual world.  Interestingly and quite appropriately, the film is also playing at drive in theaters who are experiencing a resurgence in attendance.  Simon-Kennedy excitedly shared that instead of screening in a very finite space with limited seats, she is now able to share her film around the world.  “We’re selling tickets in Brazil and England!”  With the entire world experiencing Covid-19, all in different ways, we can perhaps experience “a small escape where people can live vicariously through Nola and take a road trip that we can’t from the confines of our homes.”

For more information about the film and how to see it,  go to shorthistorylongroad.com 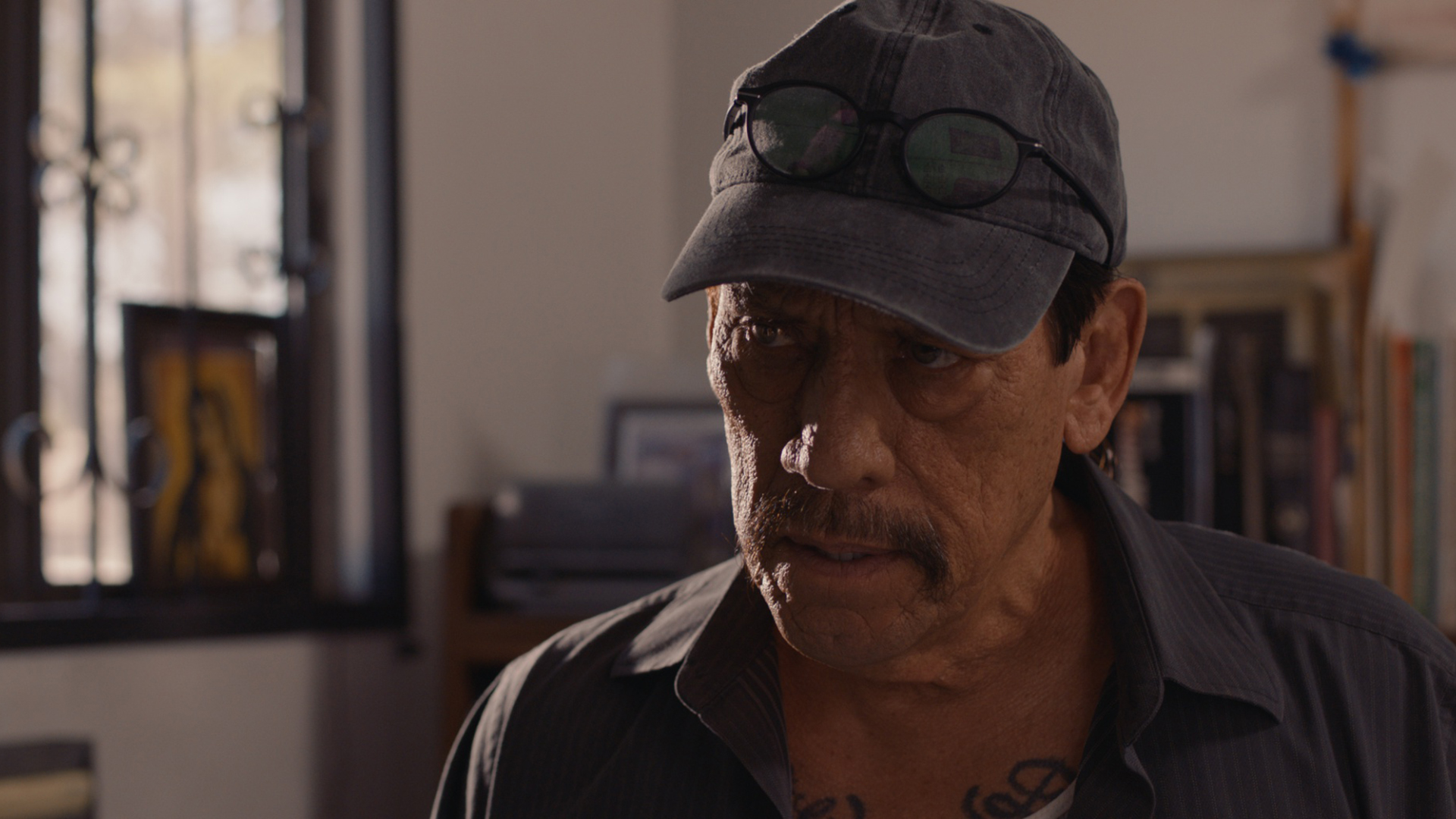 by Pamela Powell June 16, 2020
New York native film critic and film critic Pamela Powell now resides near Chicago, interviewing screenwriters and directors of big blockbusters and independent gems as an Associate for FF2 Media. With a graduate degree from Northwestern in Speech-Language Pathology, she has tailored her writing, observational, and evaluative skills to encompass all aspects of film. With a focus on women in film, Pamela also gravitates toward films that are eye-opening, educational, and entertaining with the hopes of making this world a better place.
Previous Post Next Post