Ash Mayfair understands the world of her new film The Third Wife well. It isn’t simply a documentary of one of the darker parts of Vietnam’s past with underage marriage and patriarchy, but the story of her own family. Despite controversy for casting 13-year-old actress Nguyen Phuong Tra My in the role of May (the third wife of a much older man) which caused the film to be withdrawn from theaters in Vietnam, she defends the film as a work of art by speaking out against the historic abuses of women who have been systematically marginalized. But it isn’t just a film making a political and social statement, it is also a subtle, moving and poetic piece of art worth experiencing, despite its uncomfortable subject matter.

Lesley Coffin: What sparked the idea for this story?

Ash Mayfair: The seed of the story came from my family history, every single woman you see in the film is inspired by one of the women I grew up with. A lot of the film comes from my childhood. And I knew for a long time that I wanted to tell this story as a narrative, but I wasn’t sure if it should be a novel or a play. It wasn’t until I went to film school that I was encouraged to make a narrative screenplay about it?

Lesley Coffin: Growing up, were you ever told why these rituals and practices existed?

Ash Mayfair: We were never given an explanation, we just learned the rituals and it became part of our everyday life. The heritage then seeped into our everyday life. I knew my great-grandmother was one of my great grandfather’s several wives, I knew that my grandmother had an arranged marriage. But it was all completely matter of fact. I didn’t make much of it until I left Vietnam and started reading and thinking more about what it meant.

Lesley Coffin: The movie slowly leads to this moment when the main character is praying to give birth to a son. Was that preference for males something handled as matter of fact?

Ash Mayfair: Not just in my family but that exists in everyday life throughout the country. There is a very strong preference for the first born to be boys still. There is no legal justification for that, unlike when all inheritance was handed down to the first born males and daughters were the property first of their husbands and then their husbands. That of course is Confucius belief dating back to China. You simply absorb that fact reading literature and living your life. At family gatherings for example I noticed that the men and boys were given their own table and the women would be working the kitchen and serving them. So, I started questioning the status women had at a young age.

Lesley Coffin: Did the women playing these characters ask you about the real-life characters they were playing?

Ash Mayfair: Yes, but a lot of the women on screen and the women on the crew had similar experiences in their families or family history. The cast really excelled at divorcing the philosophies of today from the roles. They really allowed themselves to feel what it was to live in that century in that kind of household, without approaching it like modern women. 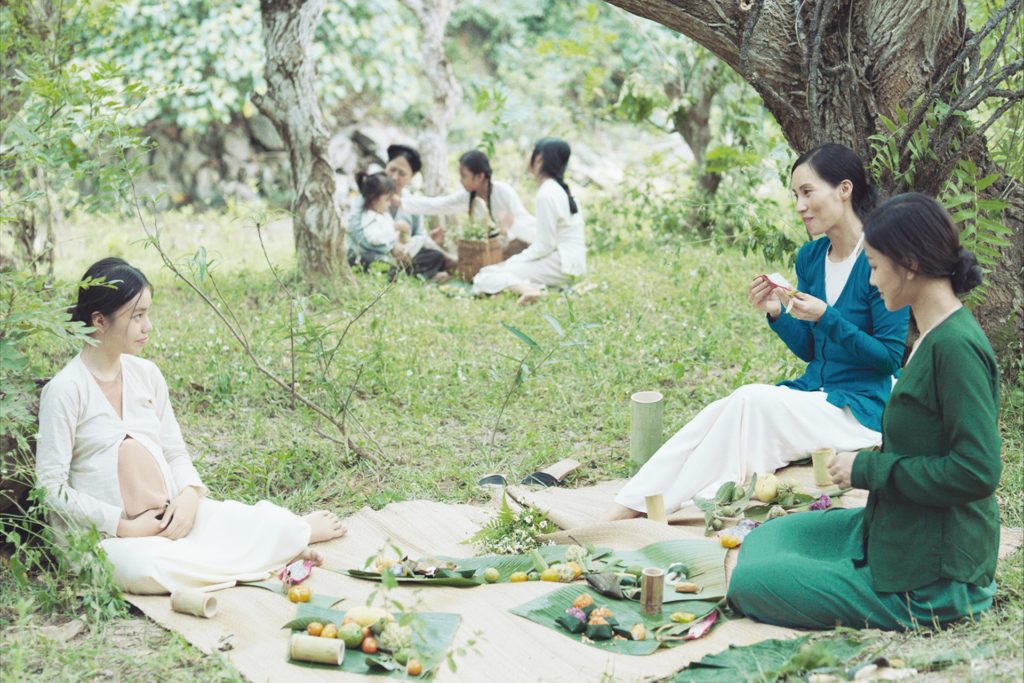 Lesley Coffin: You had a real challenge in this film because you have a main character who is so young but is thrust into a sexual relationship and one with a much older man. What decisions did you and your actress make regarding how to film those scenes?

Ash Mayfair: It was very tricky because she was the age my grandmother was when she was married, it was not a unique situation. Many men and women in the cast told me the same was true of their family history. The moment I started prepping this film people started telling me their own family history. So, when I spoke to the actress for the main role, she was already aware of the historical significance. She was completely aware that there would be challenging scenes where she would be required to transform herself from a girl into a woman into a lover and eventually into a mother. So, I just had to approach it completely candidly with the actress and her family, and try to gauge her maturity level before giving her the role. It was the actress herself who convinced me, and her family, that she could handle the role.

Lesley Coffin: The film doesn’t have a lot of exposition, so the audience isn’t always sure why people are acting a certain way or the way the family dynamics are structured. Was that a decision you consciously made to avoid explaining this part of history as something that just existed at that time? Did you take out moments which were more explanatory?

Ash Mayfair: Yes, I think that’s just my approach to cinema. I believe in experiential cinema and having faith in the audience to perceive both intellectually and emotionally what is happening. And I think most audiences have caught most of the big ideas. If they miss a couple of details I’m okay with that?

Lesley Coffin: The film is so beautiful and moving to look at as just a visual piece of art. Do you have a background in the fine arts?

Lesley Coffin: That makes sense because there are moments when static shots had this painterly touch. Was that an idea you spoke about during pre-production? Did you discuss how to photograph nature, so it would play a major thematic approach?

Ash Mayfair: The only direction I gave her was to try to make every scene look like a watercolor painting. And to create that visual we had to rely on the sets we had at our disposal and depend primarily on nature lighting. During the interior night scenes we primarily used live fire. So that painterly feeling the audience has comes from the organic lighting she used.

Lesley Coffin: What made you feel that the film should feel like watercolors? What is it about that artistic style that worked so well with the narrative?

Ash Mayfair: I’m glad you asked. Symbolically, water is a very important to the film’s story, it’s in their work, the blood we see during childbirth and at the end if the film at the ocean. There’s a lot of water in film and it is symbolically tied to women because it is life-giving. And visually, watercolor paintings create a feeling of delicacy, and having that in the film is essential because the film is dealing with something very dark and violent. So, the more we try to explore the dark side of this particular truth of history, the more I thought we had to handle things with a delicate touch.

Lesley Coffin: From your perspective, what are the ripple effects on the descendants of this dark side of history?

Ash Mayfair: When you look at several countries in Asian where underage marriages and arrange marriages happen, it definitely effects the psyche of a lot of women, especially in the modern day. Women in Vietnam have ideas about what is expected of them and what womanhood is because of this part of history. It’s a heavy responsibility to be the child-bearer, but it also conflicts with the desire to explore yourself. That all comes back to how women have been treated by society throughout the years.

Lesley Coffin: Has the film industry in Vietnam been receptive to female filmmakers?

Ash Mayfair: As far as I know, this is the first feature film with female DP. And she is a tiny woman from Thailand and to watch her command a big group of men was pretty impressive. And she also got pregnant the final month of the shoot, so there was no clearer example on set of the call for femininity than this image of her working on set while pregnant. 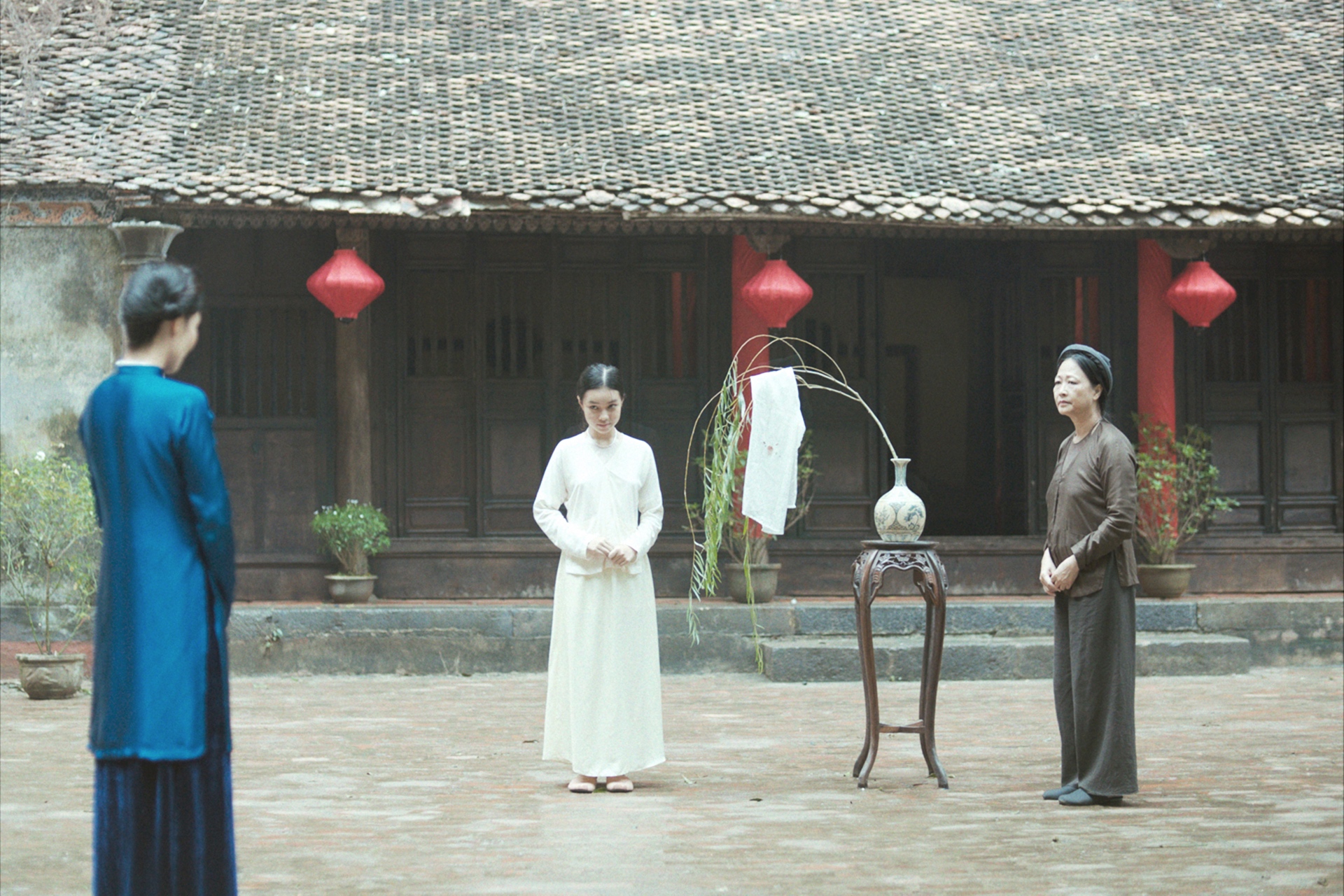 Photos: Nguyễn Phương Trà My as May in The Third Wife; the three wives May, Ha (Trần Nữ Yên Khê) and Xuan (Mai Thu Hường) with Xuan’s daughters in the background

‘For Sama’ director gives call to action at 51Fest