On April 9, we lost Sidney Lumet, one of America’s best and most successful filmmakers. In the course of his long and brilliant career, Lumet made over 40 films, 14 of which were nominated for Academy Awards in multiple categories. Some of Lumet’s films, like 12 Angry Men, Serpico, and Network, defined their times. Others, like Murder on the Orient Express and The Wiz, were merely commercial blockbusters. Somewhere in between are three of the most important Jewish-American films of the 20th Century: The Pawnbroker, Daniel, and Running on Empty. I also have a special fondness for A Stranger Among Us (which has the only score Jerry Bock ever composed specifically for a film soundtrack).

My father was still alive when Daniel was released in 1983, and I remember the conversation we had about it in great detail. Before I saw Daniel (based on E.L. Doctorow’s novel The Book of Daniel), I honestly didn’t know very much about Julius and Ethel Rosenberg, but my father used the occasion to explain the controversy surrounding their execution in the context of his own life experiences: growing up during the Great Depression, serving in World War II, and raising a family in the shadow of Cold War McCarthyism. 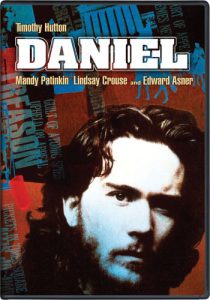 For many years, Daniel was simply unavailable, too controversial to sell and too painful to watch, but after HBO broadcast Angels in America in 2003, a DVD version was finally released. So you can now watch Daniel in the privacy of your own home and decide for yourself.

Many scenes in Daniel have permanently imprinted themselves on my mind: Lindsay Crouse as “Rochelle Isaacson” telling her mother—in Yiddish—why she donated her salary to the Scottsboro Boys Defense Fund; Mandy Patinkin as “Paul Isaacson” facing down protesters at the Paul Robeson concert in Peekskill; Ed Asner as attorney “Jacob Ascher” trying to place two orphaned children whose relatives are afraid to shelter them; Tovah Feldshuh as “Linda Mindish,” a loving daughter protecting an elderly father who no longer remembers why his nephew “Danny” (Timothy Hutton) has cause to hate him.

Sidney Lumet captured these moments on film and now they are forever preserved. May his memory be for blessing. 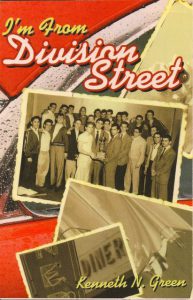 While acknowledging his own natural endowments, Green’s point is that many Jewish boys who grew up in his rough immigrant neighborhood in the mid-50s were determined to succeed, and succeed they did. They threw themselves into every opportunity, worked impossibly hard to transcend their roots, and formed a lifelong support network that has endured despite all the ravages of time and distance.

Can any book this inspiring also be a joy to read? Yes! And I’ll bet Ken is even more fun in person. He will be in Chicago for various book signing events in early May. For details, visit: http://KenGreenEsq.wordpress.com/

On April 10, over 300 women in their best spring finery congregated at the Bryn Mawr Country Club in Lincolnwood for ORT’s annual fund raiser Lunch with a View. This year’s theme was “Savoring Our Traditions,” and the special guests were cookbook mavens Poopa Dweck (author of Aromas of Aleppo) and Jane Ziegelman (author of 97 Orchard). 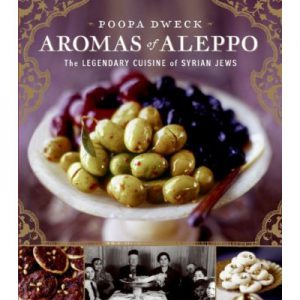 Poopa said her husband Sam would roll his eyes whenever she told him that food was a pathway to world peace, but he stopped laughing when reporter Jon Fasman praised her for “an understanding of the need to understand” in his 2007 New York Times piece on “culinary orientalism.” Soon after, the Syrian ambassador to the United States invited her to breakfast and asked her to sign a copy of her book for Bashar al-Assad.

Jane is the director of the new culinary program at Manhattan’s Tenement Museum, and the subtitle of 97 Orchard is “An Edible History of Five Immigrant Families in One New York Tenement.” According to Jane, “Food was one facet of immigrant life that really captured the American imagination,” and the mass immigration of the early 20th Century collided with the birth of the new science of nutrition in ways that now seem comical. For example, pickles were classified as “stimulants” along with caffeine, tobacco, and opium! But the effort to train young girls to serve bland foods like tomato soup and creamed chicken ultimately failed, and now, thanks to successive waves of immigration, “we are no longer afraid of flavor.” 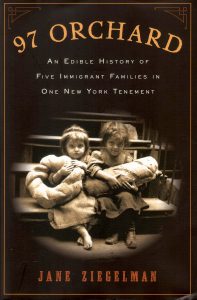